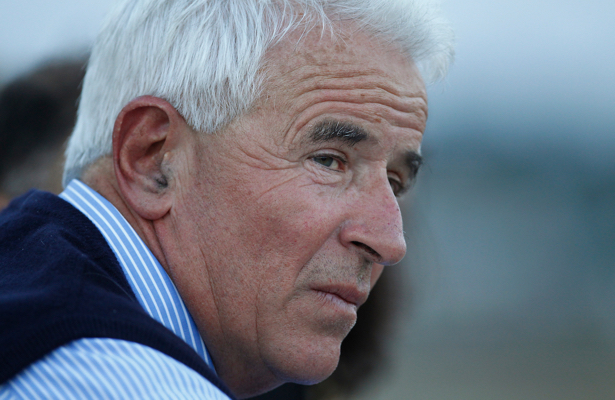 Nick Zito has started only a handful of horses at Oaklawn Park, but that figures to change in 2019 after the Hall of Fame trainer said Friday afternoon that he will “probably” have 20 horses on the grounds when the scheduled 57-day meet begins Jan. 25.

“We thought about this for a while,” said Zito, 70, a two-time Kentucky Derby-winning trainer. “Obviously, we’ve run horses in the Arkansas Derby and we’ve always liked the way they’ve treated us. I’m a throwback, I’m a traditionalist. I love the game. I’m a fan of the game, No. 1. Seems to me that Oaklawn has just maintained that tradition of fans. Just a lot of nice people there, so we’re going to give it a shot and see what happens.”

Zito, based most of the year in his native New York or Florida, had 2,030 career North American victories through Monday, according to Equibase, racing’s official data gathering organization. Zito saddled his first winner in 1973 and was inducted into the National Museum of Racing and Hall of Fame in 2005.

The addition of Zito means three Hall of Fame trainers will have a daily presence in Hot Springs next year.

Zito’s longtime friend, D. Wayne Lukas, annually winters at Oaklawn, while Steve Asmussen is seeking his fourth consecutive local training title and 10th since 2007. Lukas and Asmussen were inducted into the Hall of Fame in 1999 and 2016, respectively.

Top horses trained by Zito include Eclipse Award winners Storm Song, Bird Town and War Pass. In addition to Kentucky Derby victories in 1991 and 1994, Zito won the Preakness in 1996 and spoiled Triple Crown bids by Arkansas Derby winner Smarty Jones (2004) and Big Brown (2008) with victories in the Belmont Stakes.

Among Zito’s best finishes at Oaklawn was a third in the 2005 Arkansas Derby with Andromeda’s Hero, who went on to finish second behind Arkansas Derby winner Afleet Alex in the Belmont Stakes.

“OK, so I’m 0 for 5,” Zito said with a laugh. “That’s OK. I’ve got another 10 shots coming up. Honestly, I know this sounds silly, but I’ve got a lot of good friends out there. Of course, Wayne and Ron Moquett … I just love Oaklawn. I just love watching it. I love all those fans you can see in the grandstand. Most tracks today don’t have that.”

Finish Lines: There were 431 horses on the grounds Tuesday morning, including ones for Hall of Fame trainer Steve Asmussen, who has topped the Oaklawn standings nine times since 2007, and Robertino Diodoro, Oaklawn’s second-leading trainer the last two years. … Josie Boy, an unstarted 2-year-old Violence colt for trainer Mac Robertson, recorded the first officially timed workout of the season Monday morning, covering 3 furlongs in :38 over a good-rated surface. Other notable workers Monday included Bravazo (a half-mile in :48.80) for Hall of Fame trainer D. Wayne Lukas and Cowboy Diplomacy and Trivista (3 furlongs in :36) for trainer Brad Cox. Bravazo, an allowance winner at the 2018 Oaklawn meeting, is pointing for the $9 million Pegasus World Cup Invitational (G1) Jan. 26 at Gulfstream Park. Cowboy Diplomacy is a full brother to Monomoy Girl, who will be the country’s champion 3-year-old filly of 2018. Trivista is a full brother to One Liner, powerful winner of Oaklawn’s $500,000 Southwest Stakes (G3) for 3-year-olds in 2017. Cowboy Diplomacy and Trivista, both unstarted 2-year-olds, shared the 3-furlong bullet

Who won the 3.00 Molecomb Stakes at Glorious Goodwood live on...

BackTrack: A Sight to Behold in 2004 Rampart

Next Jersey horse race free for the public | Channel