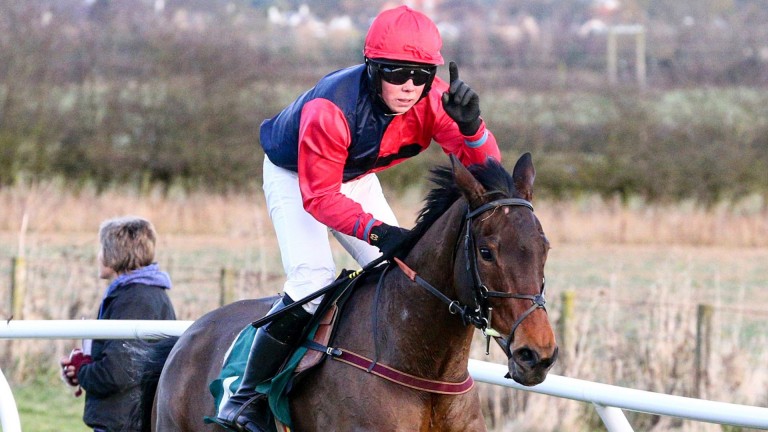 Cameron Wadge scores on Chanceiton at the Alnwick point-to-point

Amateur rider Cameron Wadge is being monitored in hospital after suffering fractured vertebrae in a fall at Kelso on Saturday.

Kelso clerk of the course Anthea Morshead said on Sunday: “Our senior doctor followed Cameron down to the Borders General Hospital and checked in with him and how he was.

“They kept him in overnight and CT scans revealed two stable fractures to his thoracic vertebrae. Thankfully he’s moving everything and he’s talking. He had a concussion and an internal hematoma which they’re keeping an eye on.

“They’re keeping him in for the time being but given the severity of the fall he’s been very lucky.”

It was a tough afternoon for the Lucinda Russell yard at Kelso, with Charlie’s Lass also suffering a fatal injury after being pulled up in the 2m novices’ hurdle.

Morshead added: “Our thoughts are with Lucinda and Scu’s team. To lose two horses is an awful tragedy and it was a very dark day.”