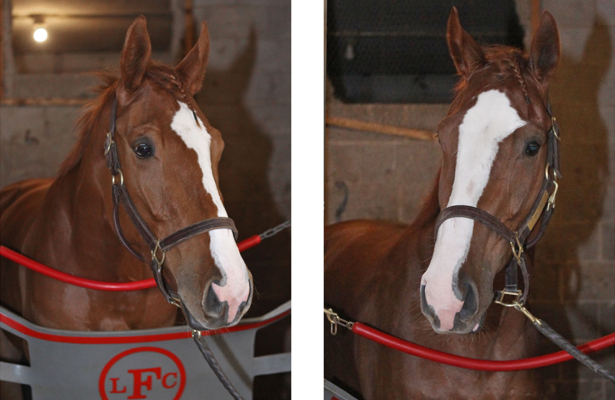 Twin horses Mr. Ping and Mr. Pong, West Virginia-breds who drew national attention to Charles Town when they debuted April 6 in the same race, have retired have after five winless starts between them.

But the story isn’t over for the gelded sons of Denis of Cork, who were trained by Larry Curtis. Charles Town revealed an “incredible” update Friday on Mr. Ping and Mr. Pong: The two will become polo ponies and be cared for by a set of human twin trainers, teenagers Charlie and Harry Caldwell.

Curtis has sent other horses to the Caldwells, including 2017 Retired Racehorse Project Polo division winner Old Tavern, who was bred to race but didn’t make a start. By the end of the competition, Old Tavern was coined “America’s Most Wanted Thoroughbred,” and according to RetiredRacehorseProject.org, one of the judges offered to buy the mare.

So while we’ve seen the last of Mr. Ping and Mr. Pong on the racetrack, they’ll get their chance to become winners in a second career.

editor - May 18, 2018
0
CLOSE Justify looked dominant at the Kentucky Derby. Could we be seeing another Triple Crown winner this year? ...