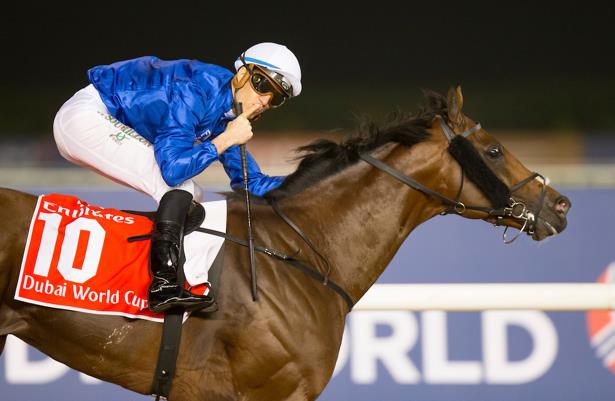 The pace setup in this year’s Breeders’ Cup Classic will feature a blazing battle up front with 3-year-olds Catholic Boy, Mendelssohn and McKinzie each looking like they want to factor in the early pace. Then right behind that trio you’ll find the likes of favored Accelerate, West Coast and perhaps even Mind Your Biscuits as he continues to stretch out applying some pressure.

Traditionally, when this race features a hot and pressured pace, as is anticipated here, it favors closers when run on the Churchill Downs surface. The Super Screener handicapping system has honed in on one contender in particular who should benefit and be played in the win spot along with the logical choices.

The Super Screener analyzes key graded stakes that run each weekend throughout the year, but got its start by specializing in time-tested, specific criteria evaluating the Triple Crown and Breeders’ Cup. Our Breeders’ Cup package includes analysis of all 14 races run Nov. 2-3 at Churchill Downs with full field analysis, recommended wagers and more.

Thunder Snow will make just his third start since his win on the speed-biased Meydan surface in the Dubai World Cup back in March. Had he changed leads late in the stretch, he would have won the Jockey Club Gold Cup (G1) in his final prep at Belmont Park.

There, he got a good trip sitting off the dueling pair of Diversify and Mendelssohn, who set brutal, early fractions. But Thunder Snow did race much closer to that pace than the eventual winner, the deep closer Discreet Lover. He should move forward in a big way off that effort to try to take down Accelerate.

Accelerate hits 100 percent of the Super Screener criteria for the Classic, with Thunder Snow second among contenders at 83 percent. Both are “A” horses for multi-race wagers in the Classic, with a third contender receiving that designation as well in what’s expected to be a full field.

To get our top choices, value plays and more on all Breeders’ Cup races…

A horse’s jockey falling off at the finish cost a bettor...

Justify vs. American Pharoah: Their works side by side