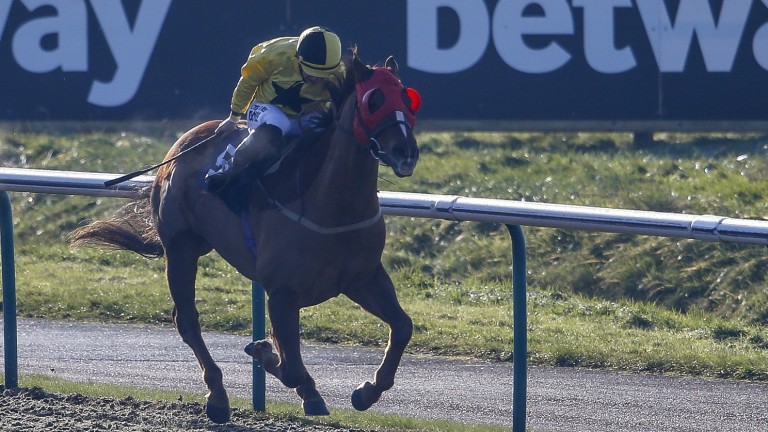 Compton Prince: Making his 100th start at Kempton on Friday

Milton Bradley says it would be a “marvellous achievement” if stable favourite Compton Prince could win on his 100th career start at Kempton on Friday evening.

The ten-year-old has been in Bradley’s yard near Chepstow for six years, winning nine times and increasing his overall career winnings to £38,843.

Bradley said: “He’s been a lovely horse to have. He has his spells where he goes off form, like a lot of horses, but he seems to come back and win a race or two. I see no reason why he can’t win again in his next couple of runs.

“He is certainly a stable favourite, he’s a very kind character at home and is no problem at all. I think he is an easy horse to ride if they ride him right.

“We have had him a while and there has been so many good days with him. If he could win it would be wonderful, something of a marvellous achievement.”

Compton Prince was a winner over this course and distance just over a year ago and, despite being in his later years, a mark of 45 could be a winnable one.

He takes on 11 rivals and is the mount of Franny Norton, who has won three times on him.

editor - December 17, 2018
0
Share This Story!Let friends in your social network know what you are reading aboutMayor eyes overhauling racetrack without moving PreaknessEndorsing a proposed $424...