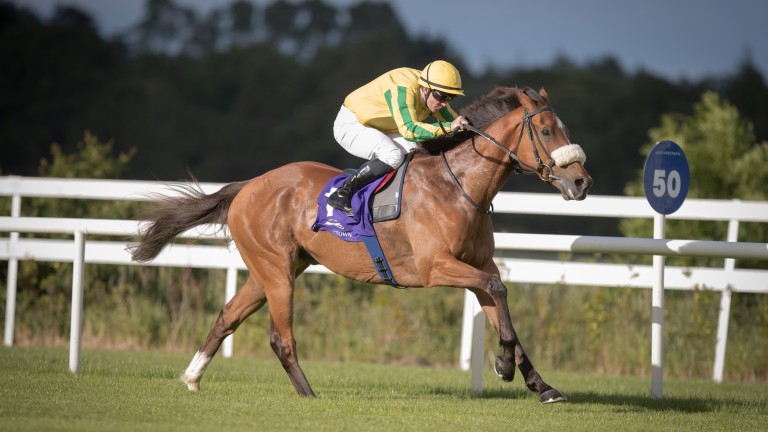 Brendan Brackan: goes for another victory in the Heritage Stakes at Leopardstown

There can’t be many horses more admirable than Brendan Brackan, who has won at least once every year he’s been in training since 2012 and will be bidding to add to his tally of ten career victories in the Listed Heritage Stakes (5.30) at Leopardstown.

It seems a long time ago now, but Ger Lyons’ nine-year-old provided Colin Keane with his first big-race success when the pair came clear to win the 2013 Topaz Mile Handicap at Galway.

Fast-forward until now and current champion jockey Keane, 23, renews his partnership with the Big Bad Bob gelding, the horse who also provided him with his first Group win. 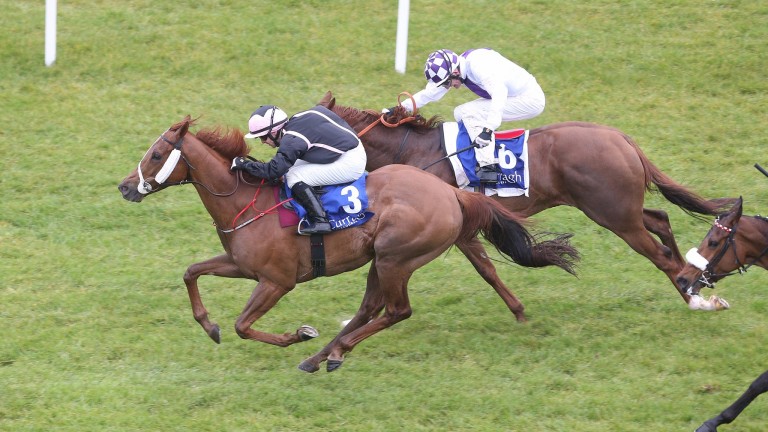 Onenightidreamed, a five-time winner who revels in heavy going, is another fine servant who takes his chance in the seven-runner contest.

His trainer Fozzy Stack said: “He’ll certainly handle the conditions. He’s been a lovely horse for us and he’s been well since his seasonal return at Naas, so we’ll take our chance.”

Meanwhile, David O’Meara, whose Larchmont Lad lost the Knockaire Stakes in the Leopardstown stewards’ room on his final start of last season, will be hoping for more luck on his return to the track. 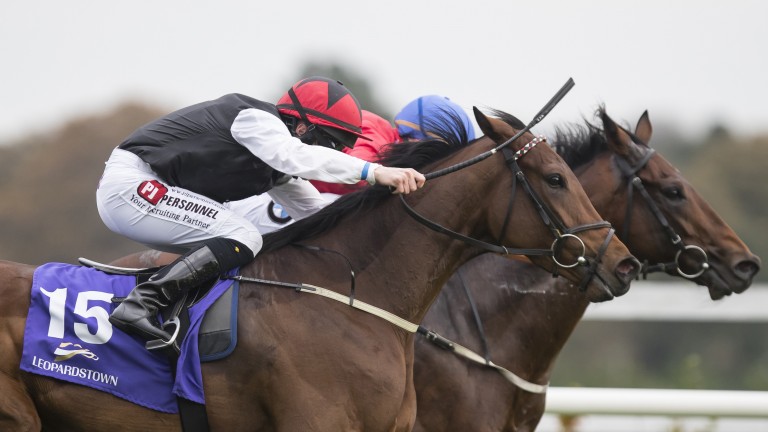 Larchmont Lad (far side): lost the Listed Knockaire Stakes in the stewards’ room and seeks amends

O’Meara said: “The ground would be a little bit of an unknown for us but it was softish ground when he ran well at the end of last season at Leopardstown, when he got the race taken off him.

“Anywhere you go now the ground is going to be more or less the same at this stage of the season, and we’re happy enough with him.

“Jim Bolger’s filly [Panstarr], who ran very well in a Group 3 at Naas last week, could be a tough horse to beat but we’re happy with Larchmont Lad and we’re looking forward to it.”

Conditions not a worry

“We don’t envisage any trouble although the going will be heavy, said Keogh. “We’ve put a lot of work into our draining system here and, while we’re expecting rain tonight, I don’t expect any problems with racing going ahead.”

Dettori the star on show

Frankie Dettori adds a touch of stardust to Lingfield’s card as he visits the track for three rides on the all-weather.

So far Dettori has had only four rides in Britain this year, his only winner coming home in front at this track, and looks to have decent chances to add to his tally. 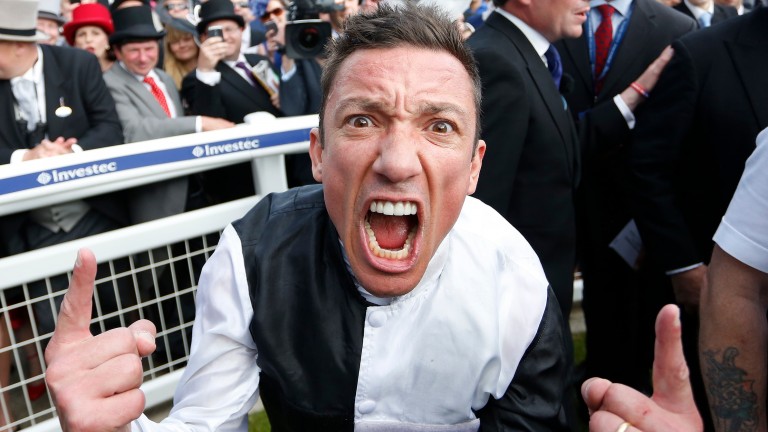 First up is the John Gosden-trained The Mums (2.45), whose sole win from nine starts was achieved with Dettori aboard and bids to get off the mark on the all-weather at the sixth attempt.

He has one other ride for Gosden on Antonian (5.15), who was a winner last time out at Wolverhampton in December and could represent his best chance of a winner.

Sandwiched between those rides is the Al Shaqab-owned and Richard Hannon-trained Haylah (3.15), who makes her handicap debut.

Cap’N may have had only six starts but wherever he goes headlines seem to follow, and the seven-year-old has his first run on the all-weather at Kempton (6.45).

The mile novice contest is a considerably easier assignment than Cap’N’s Flat debut, which came in the Long Distance Cup on Champions Day last year. 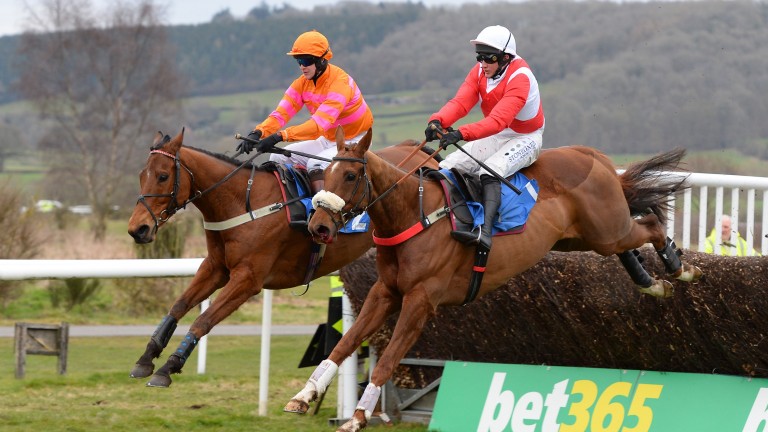 Cap’N (far side): set to make his first start on the all-weather

He has since had several tough tasks over hurdles, but made more news when upsetting 1-20 shot Tree Of Liberty at Ludlow on his chase debut last time.

“With the weather as bad as it is we wanted to avoid the bad conditions as he appreciated nice ground at Ludlow,” said trainer Claire Dyson.

Regarding his chances, she added: “I’m sure there are a couple of really nice horses in there. He’ll probably mix and match Flat and jumping.”

editor - August 9, 2018
0
Horse racing forensic laboratory technicians are locked in a pay dispute with Racing NSW in the lead up to Spring carnival.The Australian Manufacturing...