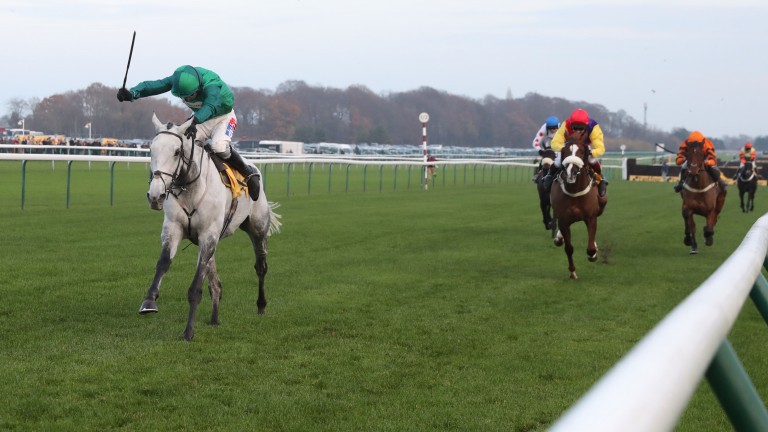 Bristol De Mai: could return over hurdles before heading to Cheltenham

Nigel Twiston-Davies has issued a positive update on stable star Bristol De Mai after his fall in the King George VI Chase last month, and added that the eight-year-old could have a spin over hurdles before heading to Cheltenham.

Bristol De Mai, who fell at the ninth fence at Kempton, landed his second Betfair Chase triumph at Haydock in November and could return to the track for the Grade 2 Rendlesham Hurdle on February 16.

“He’s fine, he was a bit bruised afterwards but nothing too bad. He’s cantering away now so onwards and upwards,” said Twiston-Davies.

“There’s plenty of time for him to show his best again this season. He might go back to Haydock and actually we might run him over hurdles in the Rendlesham next, that’s a possibility, and then the Gold Cup. 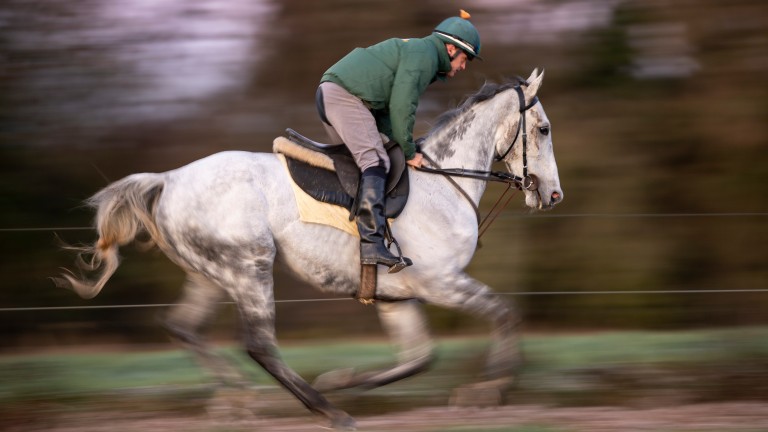 Bristol De Mai: back on track after a fall at Kempton

“The Rendlesham was a plan we were trying to hatch the other day when I was talking to Anthony [Bromley, racing manager to Bristol De Mai’s owners Simon Munir and Isaac Souede]. I thought it was a funny idea at first, but then what do you do?”

Bristol De Mai, who is a general 20-1 shot for the Magners-backed Cheltenham Gold Cup in March, is likely to skip the Cotswold Chase, in which he finished third last year, in a bid to avoid a harder race than necessary.

“You can either go to Cheltenham Trials Day, which would probably come a bit quick, or the Denman, but then you’re taking on the likes of Thistlecrack and the other King George horses,” said Twiston-Davies.

“It could possibly be a Cheltenham before Cheltenham, whereas the Rendlesham could just be a nice canter round for him.”

On a possible run in the Irish Gold Cup next month, Twiston-Davies added: “I wasn’t really tempted by Ireland – he wouldn’t be the best traveller.”

Horse racing tips December 22: Horses you MUST back at Ascot,...

editor - December 26, 2018
0
Unusually for a Paul Nicholls horse, this six-year-old is still travelling under the radar and was a 12-1 chance when winning from Vice...

Man places 3rd in the world for steer wrestling | Horse...