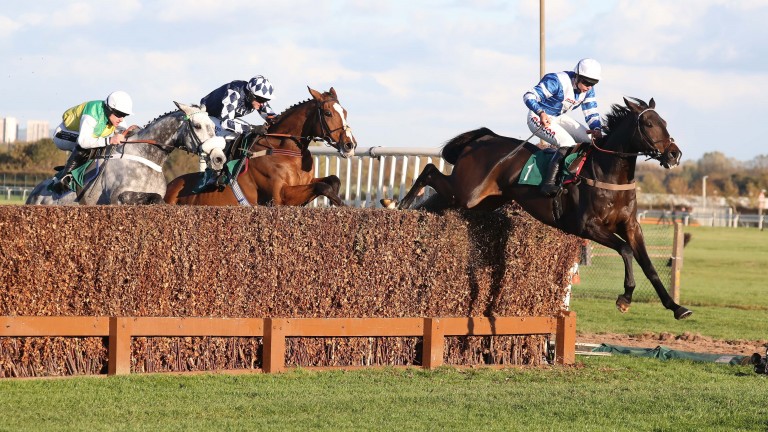 Frodon clears the last in front of Javert and Cloudy Dream

Topweight Frodon landed the fifth graded race of his career in the Monet’s Garden Old Roan Chase at Aintree on Sunday under an inspired ride from Bryony Frost.

In a race with no great pace on, Frost stole the initiative on her partner at the end of the back straight and he gamely held off the challenge of Javert and Cloudy Dream.

Watch a replay of the Old Roan Chase

Frodon is still only six but is building a reputation for toughness and generosity that may soon match that of the horse this race is named after.

Harry Derham, assistant to winning trainer Paul Nicholls, who is now tied with Nicky Richards, who trained Monet’s Garden, as the most successful in this race, said: “He’s a great horse, we’re very lucky to have him. He’s not old but it feels like he’s been around a long time.”

Asked about Frodon’s relationship with Frost, who also rode him when a wide-margin winner at Cheltenham in January, Derham said: “He’s so genuine and Bryony just believes in him. He jumps for her and she knows what he can do, they just seem to really get on.”

Frost was keen to deflect the credit, saying of the horse: “He’s an absolute pleasure to ride. It’s not a job when you’re riding horses like him. He jumped from fence to fence and Paul told me to keep him moving forward and that’s what I tried to do.”

It could be a big week for Frost, whose association with Black Corton, a partnership that gained so much attention last season, could be reprised on Saturday in the bet365 Charlie Hall Chase at Wetherby. 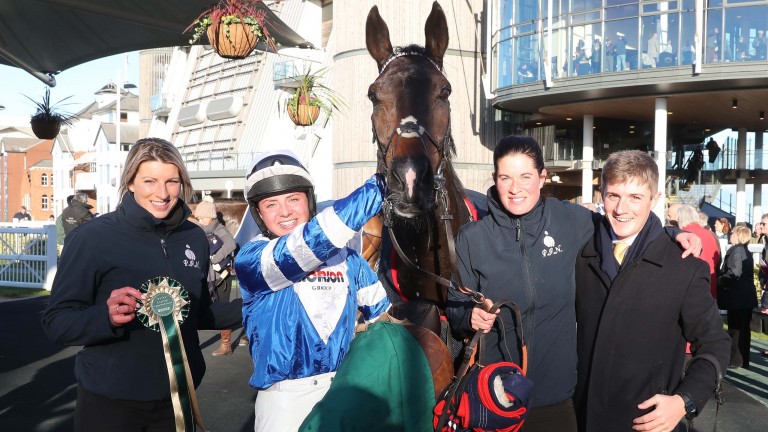 Frodon’s next target is less certain. Derham said: “This was a natural starting point for him and he’d been good in his work, but he wasn’t hard fit.

“We’ll look at the BetVictor Gold Cup [quoted at 16-1 by the race sponsor], but he’ll go up again for that so we might need to look for a graded race.”

Plans will also need to be made for third-placed Cloudy Dream, who was making his debut for Donald McCain having previously been in Ruth Jefferson’s yard.

McCain said of the performance: “It’s frustrating, but positive overall. It didn’t really go his way but he stayed on all the way up the straight; he looked like being a poor fifth at one point but before the last it looked for a second like he might win.”

He added of potential next steps: “He switched off a bit better today so we might think about going up in trip, but we’ll get him home first before we think about anything specific.”

Here’s What You Need to Know About the British Horseracing Event...

Star mare Laurina poised to return at Sandown before crack at...

Here is who our experts are backing on day one of...