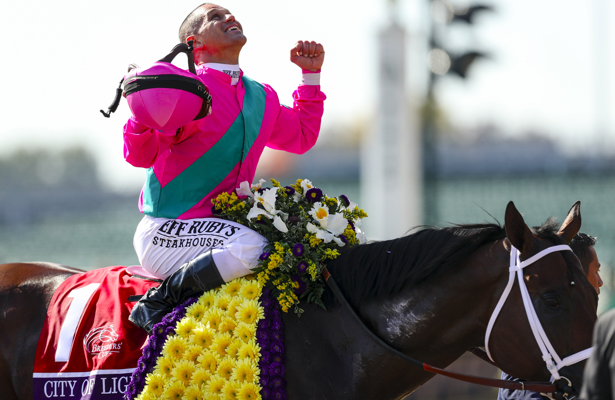 They may be some of the world’s best jockeys, battling for one of the great jockeys’ prizes in the racing world, but none were brave enough to predict victory in what looks like a hugely competitive renewal of the spectacular International Jockeys Championship on Wednesday at Happy Valley.

Javier Castellano finished plum last on his only previous IJC experience back in 2006, but the United States-based star has experienced a quite fantastic 2018, including passing the 5,000 winner mark, and riding two Breeders’ Cup winners at Churchill Downs in November.

But Castellano’s memory of that previous Happy Valley outing remains a powerful one.

“I’ve never seen such passionate fans, and it was an amazing experience,” he said. “This time I have some good draws and hopefully I can have a bit of luck.”

If those words translate into victory, Castellano would become the first ever US-based jockey to win the IJC.

Aussie riding hero Zac Purton, who heads the Hong Kong Jockeys’ Championship again after his thrilling victory over Joao Moreira, won the IJC on this day last year despite being an outsider.

Purton said: “I didn’t think I’d win it last year and I have to say I think I’ll struggle again. Hughie will probably put me to the sword.”

“Hughie” is of course Hugh Bowman who boasts more than 2,000 career victories, and whose 28 wins from 29 rides on Aussie superstar mare Winx have propelled him into racing folklore.

For his part, Bowman – who won the IJC in 2016 – was more buoyant than Purton at Tuesday’s press conference.

Local rider Vincent Ho is aware of the incredible riding talent that he will encounter in the challenge. The Hong Kong champion apprentice in 2010/2011 also joined the other riders in expressing their appreciation of being selected to participate in this event.

“I’ve worked very hard these past couple of seasons and I hope I can do my supporters justice on Wednesday,” he said.

And the 28-year-old, who made a winning British debut for trainer Mark Johnston during a short stint there this summer, also added a hint of confidence with his observation: “I seem to have some good rides.”

The winner’s cheque is a cool HK$500,000 share of the overall HK$800,000 on offer but Ho, Hong Kong’s leading home-grown rider this term, was coy about what he might do with that reward should he accrue the most points from Wednesday’s four-race contest.

“I haven’t really checked how big the check is!” he said.

Ho is participating for the second time, while fellow Hong Kong local Matthew Poon, having only recently ridden out his apprentice claim, is making his IJC debut, as is the 2017 Irish Champion jockey Colin Keane.

Hong Kong’s high-flying Mauritian Karis Teetan will take his place, as will Silvestre de Sousa, British champion jockey for a third time this year and also currently based in Hong Kong.

Others in the stellar lineup, Bowman and Purton, among them, have experienced the thrill of winning this championship event. Also on the illustrious honor roll is Ryan Moore, a two-time winner; iconic Japanese ace Yutaka Take; and Christophe Lemaire, Japan’s champion jockey.

Racing goes ahead at Musselburgh after horse deaths

Four magical mares who could make their mark over Christmas |...