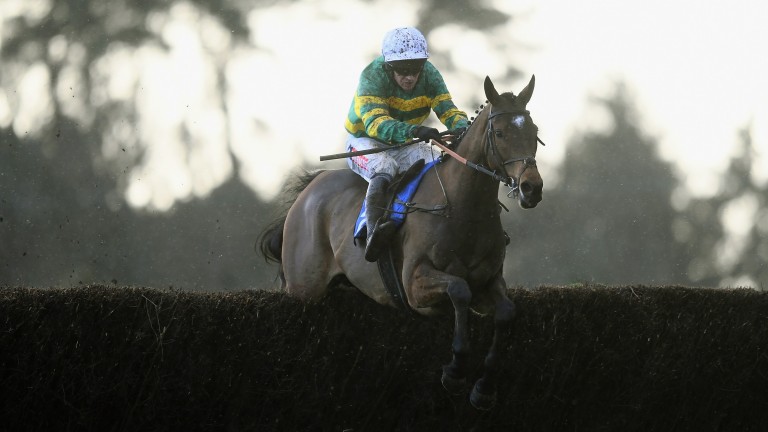 Defi Du Seuil: off the mark over fences

The five-year-old, trained by Philip Hobbs, has been in the doldrums since his Cheltenham Festival triumph last year, but he stamped his authority on what was a classy field to defeat Topofthegame by three and a half lengths.

Ridden by Barry Geraghty, the Grade 1-winning hurdler travelled sweetly throughout and tracked the prominent Westend Story and Black Op before taking up the lead two fences from home.

Hobbs, who landed a quick across-the-card double with Mendip Express scoring at Sandown, said: “I’m obviously over the moon to see him back towards his best. There’s probably still improvement in his jumping and he could go for another novice before stepping up in grade.”

Topofthegame gave his six rivals a lengthy head start when almost refusing at the tapes, but he showed significant promise to head Tom George’s Black Op for second spot at the line.

George said of his horse after the race: “I was delighted with him. We had to start somewhere and this will put him in good stead. He just got a bit tired after the second-last.”

After the race Paddy Power made Defi Du Seuil a 10-1 shot for the JLT Novices’ Chase at the festival.

USA Poised For Success At Keeneland Korea Cup And Sprint –...