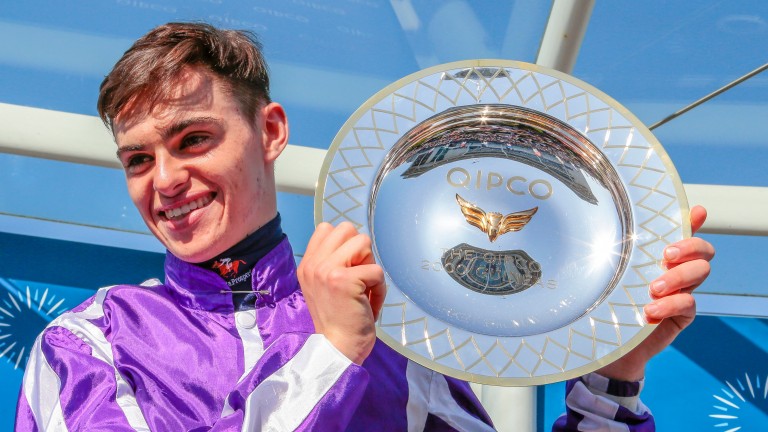 Saxon Warrior is just 5-2 with Paddy Power to complete the Triple Crown in 2018 following his 2,000 Guineas success and Donnacha O’Brien thinks anything is achievable from the horse he has hailed “the best he has ridden on the track”.

O’Brien, who does not turn 20 until July, described last Saturday as the most special day in his short career to date and admitted the speed Saxon Warrior showed at Newmarket was a pleasant surprise. 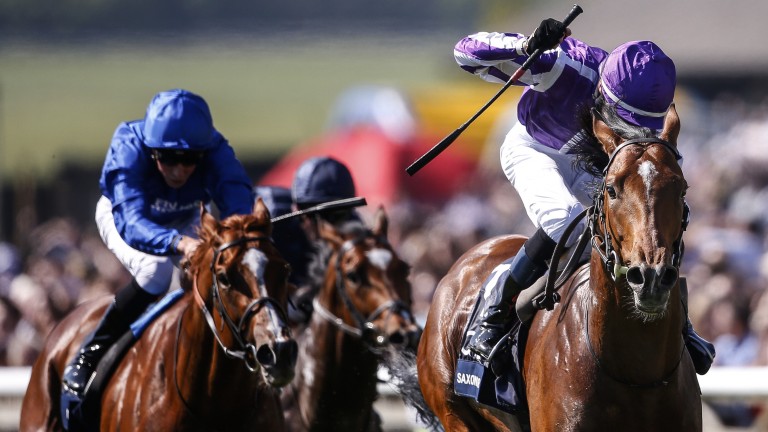 Classic joy: Donnacha O’Brien punches the air on Saxon Warrior as he records his ﬁrst Classic success at the age of just 19 on another great day for family O’Brien

“I was half expecting to have to get after him early but he travelled so well that I could wait much longer than I thought to give him a squeeze. When I gave him a squeeze he made up five lengths in four strides. It was incredible,” O’Brien said of Saxon Warrior.

He added: “He is just a very, very good horse and, if he stays a mile and a half, he could be anything. He has so much pace. He was a bit slowly away and I had to take my time to get into a nice position but we got a lovely tow into the race and I was always happy.”

So how does it feel when you get the call-up to ride an unbeaten colt who your father described as a “big monster” when you are just 19 years of age and have never ridden a Classic winner before?

“Of course I was a little bit nervous. It was only natural that I would be but I have learned how to handle nervous situations well I think,” O’Brien said.

“I knew when Ryan [Moore] was heading to Kentucky that there might be a chance that I would get to ride him. I won on him first time out when he won his maiden at the Curragh and I do a lot of work on him at home too so I know him well but I didn’t take anything for granted. It was a great feeling when I did get the call-up.”

Although he has a flawless record on Saxon Warrior, O’Brien knows that Ryan Moore will take over in the hot seat from now on.

“Ryan is the number one so he will be back on board next time. I know that. Hopefully I will get the chance to ride some other nice horses in the races that he will be running in. I was just privileged and grateful to have been given the opportunity to ride him on Saturday and I thoroughly enjoyed it,” O’Brien added.

What is your earliest racing memory?
I was racing so much as a child that it is all a bit of blur really. Unfortunately I don’t remember the Istabraq days as I was a little too young but I can recall George Washington winning the 2,000 Guineas at Newmarket in 2006. That was a great day.

What was your favourite horse growing up?
I had so many but George Washington was pretty special.

What is your biggest interest outside of racing?
I’m a sports fanatic. I basically love watching every sport at the highest level, especially football and boxing. I am a Manchester United fan, which is obvious a little demoralising at the moment!

What television programme or Netflix series are you always glued to?
Game Of Thrones. Joseph is the series’ biggest fan and he is even naming horses after characters from it but I am not far behind him. I love it.

Getting started with betting on horse racing

Lizard to tune in to Geelong Cup