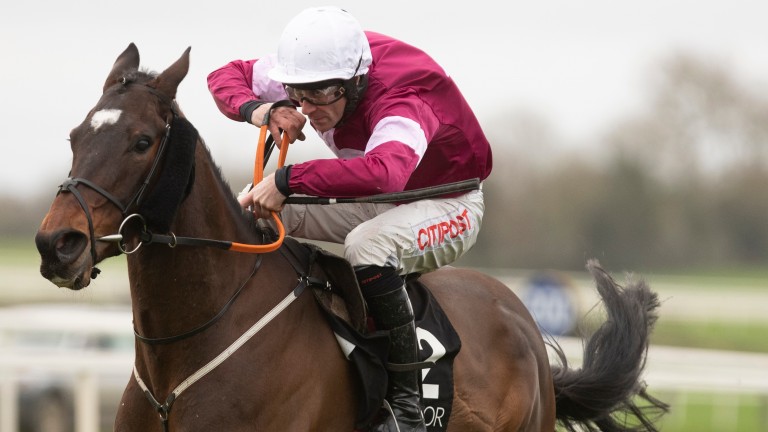 Like most Irish handicap chases, Gordon Elliott has a terrific record in the Dan Moore Memorial Handicap Chase at Fairyhouse and a one-two with Duca De Thaix leading home Cubomania on Saturday completed a hat-trick of wins for the trainer in the €100,000 feature.

In a race honouring the late trainer of L’Escargot, who won two Gold Cups and the 1975 Grand National, Duca De Thaix emulated previous Cullentra House-based winners Doctor Phoenix and Ball D’Arc to get the job done in style under Davy Russell.

Sent off at just 10-1 for the County Hurdle at the Cheltenham Festival last season, Duca De Thaix went some way to confirming his trainer’s high hopes for him with an impressive success.

Speaking about the Gigginstown-owned chaser, Elliott said: “I thought he was a very good horse last year but things never really worked out for him. He showed today he’s a nice horse with plenty of speed.”

On Cubomania, the £4,200 bargain buy who has paid for himself multiple times over, Elliott added: “Cubomania ran a cracker. If you had ten horses like him you’d be laughing. He tries hard every day.

“Both horses will probably end up at the Dublin Racing Festival – we’ll see.”

Just half a length separated Duca De Thaix and Cubomania, who finished three-quarters of a length in front of the Willie Mullins-trained Blazer.

editor - December 18, 2018
0
By Dan Ross That’s it. Finito. No more morning workouts beneath the cool lozenge of the waning moon. No more afternoons being...