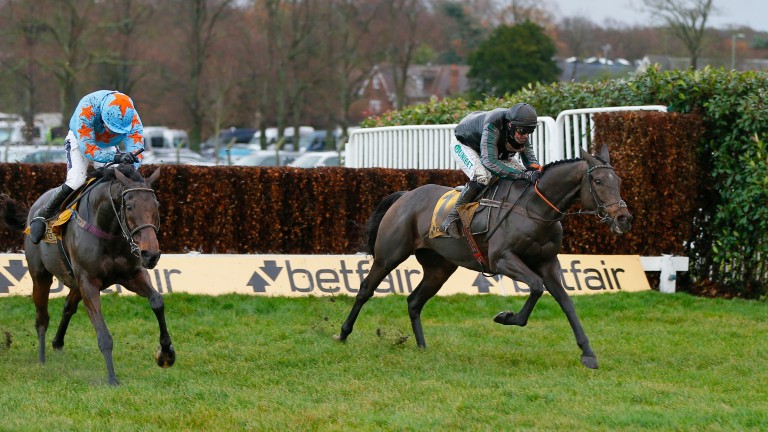 Altior (right): options include the Desert Orchid Chase at Kempton and the Clarence House Chase at Ascot

Brilliant Tingle Creek winner Altior, the unrivalled star performer over two miles and unbeaten in ten starts over fences, may be stepped up in distance next season trainer Nicky Henderson revealed on Tuesday.

Last season’s Champion Chase hero remains in this year’s 32Red King George but Henderson is far more committed to the Boxing Day feature at Kempton next year, saying: “There is every chance we could go down a different route next season.

Henderson remains negative about the prospects of Altior gracing the Kempton Christmas highlight this year, revealing the champion two-mile chaser was lame on Sunday after losing a shoe and pricking a foot.

The two reasons uppermost in connections’ thinking are that Kempton is a harder three-mile test than is generally acknowledged and that the Tingle Creek was a tough enough test so close to the race.

Henderson, remembering that another of his classy two-mile chasers Remittance Man failed the Kempton test, said: “The King George is not a race for non-stayers. It’s easy to think it is an easy three miles on a flat track on good ground but they go a gallop all the way – there is no pit stop.”

The tussle with Un De Sceaux in the Tingle Creek on Saturday also left an immediate mark as Henderson added: “He had two poultices on but this morning [Tuesday] he was 100 per cent sound. 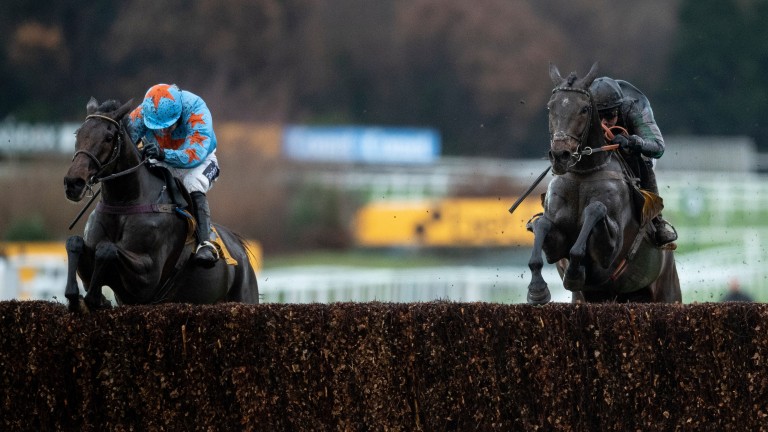 “I don’t want to scratch him right now – I want to keep scratching my head! We have the right to reserve the option to change our mind but I very much doubt it. It is 17 days after quite a hard race even if it looked like he won easily – it’s the wrong time to be trying it.”

Henderson has the Desert Orchid Chase at Kempton on December 27 and the Clarence House at Ascot as possible options for Altior’s next appearance.

editor - September 12, 2018
0
Quite a few can be thrown out here on account of the bottomless ground (Shantou Flyer and Peregrine Run the two most notably...

Best bets, tips Hawkesbury and Nowra: Inside Mail and analysis

Confirmed: Justify To Be Paraded At Churchill Downs Saturday Night –...