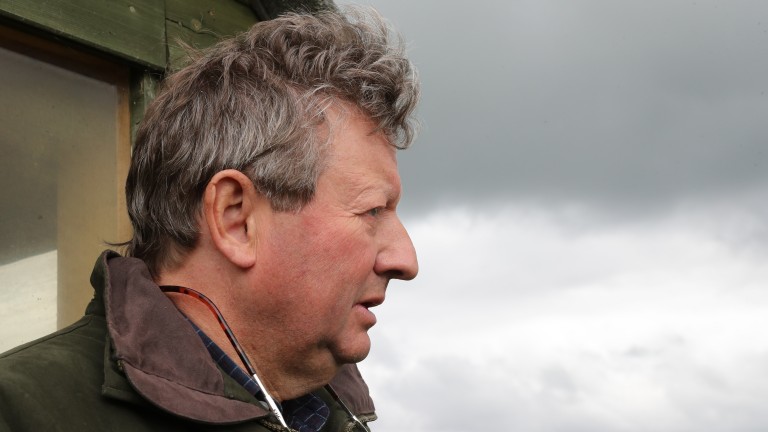 Mark Johnston: has runners at Goodwood this afternoon

With Glorious Goodwood joining the Galway festival it’s a betting bonanza of a Tuesday, and punters have been trying to unearth the early value at both meetings this mornings. Here’s four horses who have proved popular

With favourite Confiding weak for the Vintage Stakes, several of his main market rivals have been backed, including Alan King’s runner, Dunkerron.

The juvenile took a good step forward at Newmarket when fourth in the July Stakes over 6f and looks ready for an extra furlong, which he gets this afternoon.

Mark Johnston’s love of this meeting is well-documented and punters think he could end the day on a high with Rebel Assault.

Although without a win this season, the three-year-old has been shaping like her turn might not be too far away, and competes off a career-low mark of 88 this afternoon. If her stamina lasts the trip she could be involved.

This five-year-old would have gone into a few notebooks after finishing fifth on his chase debut at Limerick last time.

He made up a lot of ground late on that day, and the booking of Barry Geraghty may be significant, as owner JP McManus also has Winter Escape in the race, who is partnered by Mark Walsh.

Somewhat surprisingly Dermot Weld did not have a winner on the first day of Galway, but that has not deter punters with this newcomer the subject of sustained support.

A half-brother to useful stayer Dabadiyan, it’s likely Dabiyr will get further than this evening’s 7f trip, but the money suggests he could be making a winning start to his career.

First Foal Is A Filly For Texas Ryano – Horse Racing...

Imperial Hint holds off Whitmore by neck in True North