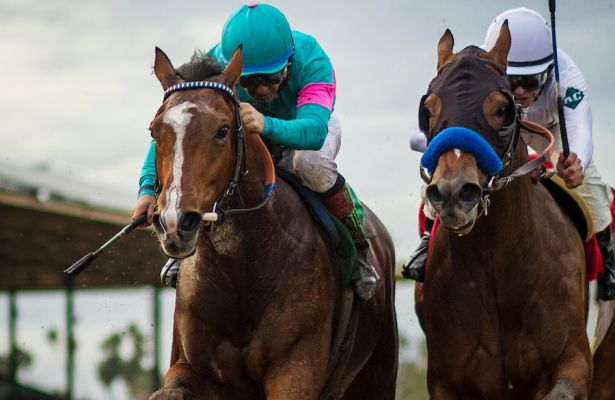 Spendthrift Farm’s Gormley, the Grade 1-winning 2-year-old and 3-year-old son of Malibu Moon, sired his first reported foal on January 6th when a colt was born at Blackstone Farm in Pine Grove, Pennsylvania.

Bred and owned by Blackstone Farm, the bay colt is the first foal out of the More Than Ready mare Summer’s Ready. She’s a full-sister to current 3-year-old colt Frolic More, who impressively broke his maiden last Fall at Churchill as a 2-year-old and is nominated to the Louisiana Derby. The immediate family includes Graded winners Lewis Bay, Winslow Homer and notable sire Wild Rush.

“We’re very happy with the colt,” said Christian Black, partner in Blackstone Farm. “He’s well balanced and has good angles. He has a good mind and overall presence.”

Campaigned by Jerry and Ann Moss, Gormley captured some of California’s biggest Grade 1 races at 2 and 3. The millionaire son of Malibu Moon won the FrontRunner Sstakes (G1) in dominating fashion in his second start as a 2-year-old and went on to record his biggest victory in the $1 million Santa Anita Derby (G1) and Sham Stakes (G3) as a 3-year-old under the guidance of trainer John Shirreffs. He retired to Spendthrift with earnings of $1,026,000.

Gormley proved to be one of the most popular stallions in North America in 2018, covering 180 mares in his debut book at stud. He is set to stand his second season at Spendthrift for a fee of $10,000 S&N.

Across the Board: Bob Hope Stakes worth a closer look