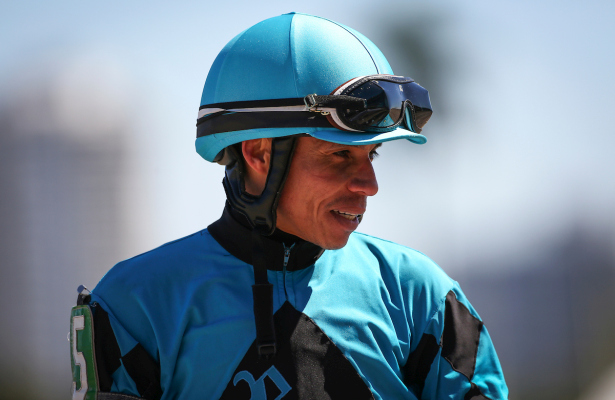 Cryogenic (8-1) was one of two horses live to take down the jackpot heading into the 10th-race finale and appeared on his way to victory in deep stretch before racing greenly and suddenly losing jockey Emisael Jaramillo approaching the wire.

Jaramillo was moving his extremities and taken from the track on a stretcher to Memorial Regional Hospital complaining of chest pain.

UNREAL finish @GulfstreamPark but how do they not show the fans on live stream the replay???

Michael Hui’s Hogy, winner of the Kentucky Downs Turf Sprint (G3) Sept. 9 in his first start off the claim for trainer Mike Maker, heads 15 horses nominated to the $75,000 Janus Stakes for 4-year-olds and up on the grass.

The Janus is joined by another five-furlong turf sprint, the $75,000 Abundantia for fillies and mares 4 and older, on a special 11-race New Year’s Day program that begins at noon.

Hogy, an 8-year-old Offlee Wild gelding, was claimed for $80,000 out of a runner-up finish Aug. 3 at Saratoga. After winning the 6 ½-furlong Kentucky Downs Turf Sprint, he rallied to finish second in the 5 ½-furlong Woodford (G2) and was no factor in the Breeders’ Cup Turf Sprint (G1) Nov. 4, his most recent start.

Code Warrior, owned and trained by Mike DePaulo, is among 11 horses nominated to the Abundantia. The 4-year-old Florida-bred filly won the 6 ½-furlong Hendrie (G3) June 4 and last out was third in the Ontario Fashion Stakes (G3) Oct. 28, both over Woodbine’s synthetic main track. She was fourth in the Royal North (G3) July 29 in her only previous turf try.

Eddie Broome-owned and trained Brandy’s Girl, whose multiple turf stakes wins include the five-furlong Jupiter Beach Aug. 20 at Gulfstream is also nominated along with Girls Know Best, a winner of three straight, and 2016 Melody of Colors winner More Royalty.

Who’s Hot: Jockey Nik Juarez posted a riding double aboard Nile Prince ($29) in the seventh race and Alaskan Prince ($13.20) in the ninth. Alaskan Prince was one of two winners on the day for owner Midwest Thoroughbreds and trainer Armando De La Cerda, along with Top of the Page ($14.60) in the fourth. De La Cerda also won the 10th with Revolving Son ($30.40).

Grand National Festival 2018 – Might Bite in great form ahead...

Signora Cabello to skip Super Sprint at Newbury and head to...