You wouldn’t necessarily know it by reading that privilege-packed 35 under 35 list that came out last week, but racing is full of smart and talented young people from all sorts of backgrounds making their mark on this age-old sport.

To redress the balance somewhat, I’ve put together my own 35 under 35 list, one that celebrates those whose achievements go far beyond merely being born into money or status.

Like any list, it should be taken with an ocean of salt, but in so far as there is logic to my choices it is this: all those below are young people who, through hard work, talent and groundbreaking achievement, have made a positive impact on the sport in Britain and Ireland.

Some are the sons and daughters of the wealthy or famous, but if so they have emerged from their family’s shadow and made the most of the opportunities afforded them.

Many others, however, come from humbler backgrounds and show that the only sphere of racing restricted to blue bloods is the track itself.

A dinner to unveil the list was held last night at the Whitechapel Wetherspoons.

One of Britain’s youngest trainers, Murphy worked with Tom Dascombe, Gai Waterhouse and Luca Cumani before setting up her own stables in Newmarket. She came within an agonising neck of winning the Supreme Novices’ with Kalashnikov in March. 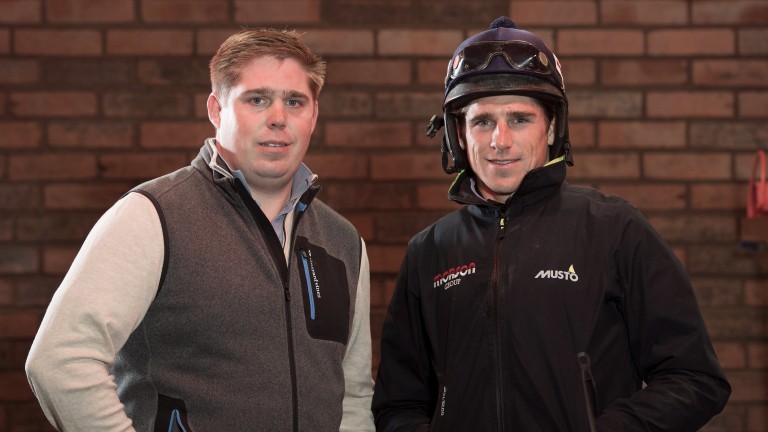 Formerly the right-hand man to ten-time champion trainer Paul Nicholls, Skelton had the good fortune to be set up with sensational training facilities but has made a roaring success of things and was last season’s most prolific trainer.

Having ridden, started a business and even won an engineering award for an agricultural invention of his own design, Pauling served his training apprenticeship with Nicky Henderson before setting up on his own, achieving notable success with Barters Hill.

Dual-purpose trainer Murphy, a former assistant of Gordon Elliott, proved an overnight sensation last year, winning with his first runner under both codes and firing in regular winners ever since.

Optimistic and outgoing, Twiston-Davies was retained rider to Paul Nicholls for several years but recently went freelance in a bold move that reflects his ambition and willingness to take risks.

The north’s most successful rider with a sky-high reputation among trainers and, increasingly, a serious contender for the jockeys’ championship.

Brother of Dan who has ridden more than 100 winners in each of the last three seasons, Harry has set off this season at breakneck speed and is just 6-5 to break the McCoy-Johnson championship duopoly that goes all the way back to 1995. 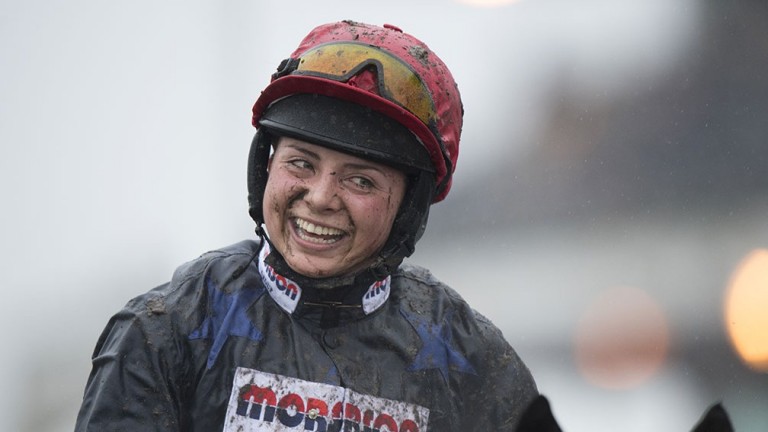 Ebullient and joyous out the saddle and ferociously talented in it, Frost’s emergence as a riding star was one of the highlights of last jumps season.

Ripped up the record books as a point-to-point rider and is now conditional to Nicky Henderson, who won a hot race to sign him up. Brother Sean is absolutely no slouch either.

Newly minted number-one rider to Paul Nicholls, Cobden may be  only 19 but he rides superbly, presents himself with a maturity beyond his years and has been working horses at Ditcheat since he was just 13.

Has often played second fiddle to Ruby Walsh at Willie Mullins’ but a brilliant and acclaimed rider with a list of top-class victories that goes on and on.

Son of the perennial Irish champion trainer, heir apparent at Closutton, a fine amateur rider and an all-round engaging and intelligent sportsman.

Just 17 when he rode his first winner at the Cheltenham Festival, he was destined for stardom from a young age when his riding prowess was spotted at the famous Dingle races. Now with Gordon Elliott, with whom he has forged a powerful partnership. 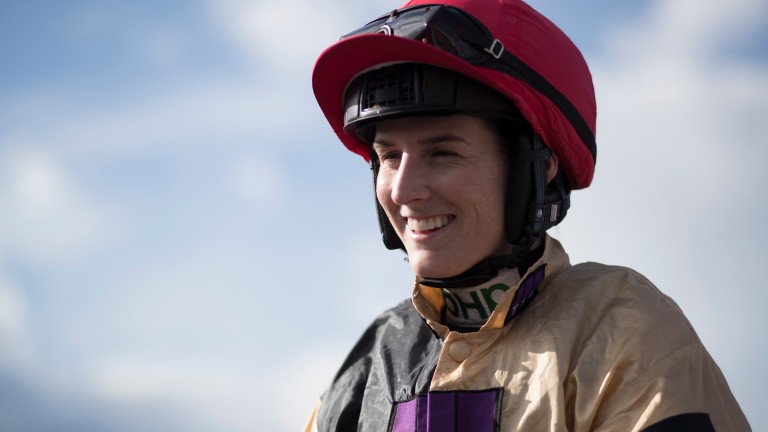 Ireland’s only current female professional jump jockey and former conditional riders’ champion. Before turning pro, she combined riding as an amateur with a degree in equine studies.

A horrific career-ending accident in 2015 left the Cheltenham Festival-winning rider paralysed from the waist down, but McNamara, showing customary tenacity, defied his injury to set up as a dual-purpose trainer.

Watson’s 56 winners and a 20 per cent strike-rate in his first full season as a trainer last year was virtually unprecedented. With 63 on the board already this year, plus a Royal Ascot win, his trajectory continues in a sharply upward direction.

Three Listed winners so far this season are the latest evidence of the potential of this engaging and articulate Newmarket-based trainer.

Not known for his grandiloquence, but Moore is more than content to do his talking on the track. Probably the best jockey in the world and likely to be at the top of the sport for another decade at least. 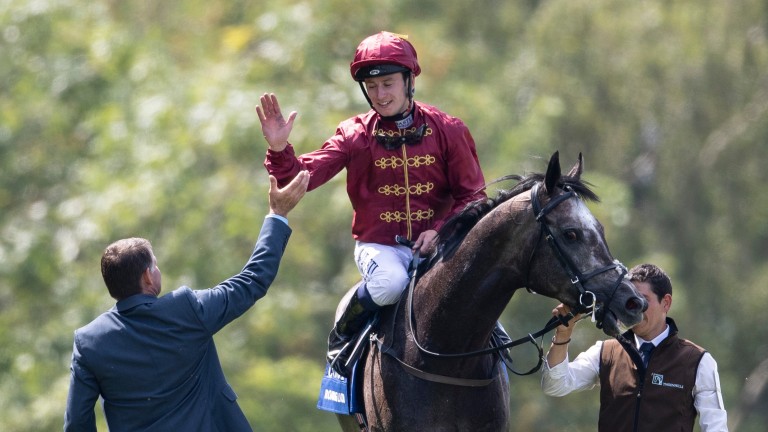 Outgoing and not afraid of the media spotlight, Murphy bagged a first domestic Group 1 on Roaring Lion in the Coral-Eclipse last month and is one of the weighing room’s brightest young stars.

Along with William Buick, Doyle is a retained rider for Godolphin and is widely regarded as one of the most skilful operating today.

Won his first Derby on Masar and is riding superbly this year, with five Group 1s already under his belt.

Tudhope, who has no family connections to racing, has quietly established himself as one of the sport’s most capable riders. Finished fourth in last year’s jockeys’ championship and could go even better this campaign.

The heir to Hayley Turner as British racing’s best female rider, Gordon joined Turner as only the second woman to ride 100 winners in a calendar year when she achieved that feat in 2017.

The all-weather champion apprentice is one of the stars of the next wave of ace female riders following in the footsteps of Turner and Gordon. 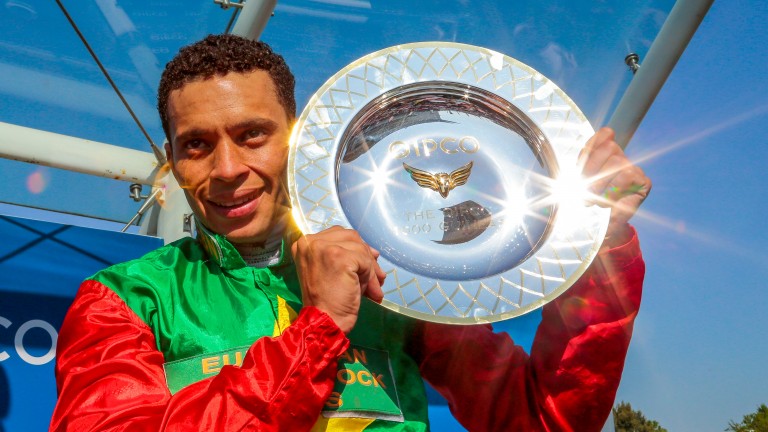 Created history by becoming the first black jockey to win a British Classic when Billesdon Brook landed this year’s 1,000 Guineas.

Yes, he’s the son of Aidan O’Brien but, regardless of the opportunities afforded him, O’Brien’s achievements are so copious and so obviously the result of a serious young man with a boundless capacity for hard work that he deserves a spot on the list.

An exceptional rider, Keane won the Irish Flat jockeys’ title for the first time last season after an epic tussle with Pat Smullen.

Payne’s only appearance on these shores – in last year’s Shergar Cup – was cancelled because of sickness, but her famous triumph in the Melbourne Cup and the fiery blast at male chauvinism that followed made her a worldwide phenomenon and a role model to any young girls considering careers in racing.

OWNERS, GROOMS AND OTHERS

Groom whose victory at this year’s Godolphin Stud and Stable Staff Awards highlighted his incredible personal journey from a troubled young man doing time in prison to a valued member of staff with David Loughnane. A shining example of how racing can turn lives around and give opportunities to all, regardless of background.

Assistant trainer to Richard Fahey despite being only in her mid-20s, McLernon won two gongs at this year’s Godolphin Stud and Stable Staff Awards at which her passion, positivity and love of racing shone through. 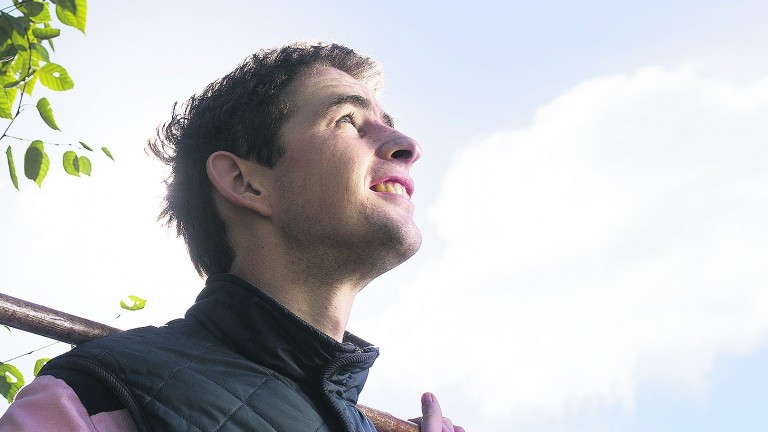 Brian Toomey: died for six seconds but make an incredible comeback to the racecourse

Former rider Toomey was clinically dead for six seconds after a terrible fall in 2013 and was given a three per cent chance of survival before spending 157 days in hospital completing an arduous recuperation. Incredibly, he briefly returned to the racecourse as a rider and is now set to begin a training career.

Vastly successful striker whose footballing journey is a rags-to-riches story, having started his career at non-league Kintbury Rangers and worked his way up to the Premier League, where he plays for Southampton. An avid racing fan, Austin set up and runs the racehorse syndicate operation Excel Racing.

One of the rising stars of racecourse management, Varma is a former clerk of the course at several English racecourses and is now racing manager at Hamilton, where she has overseen prize-money boosts, facilities investment and the debut visit of terrestrial TV cameras.

After a catastrophic accident in 2016 which left him paralysed from the waist down, former rider Tylicki has remained an inspirational presence in racing, writing a Racing Post column and calling for improved disabled access on racecourses. He is now returning to the track as an owner.