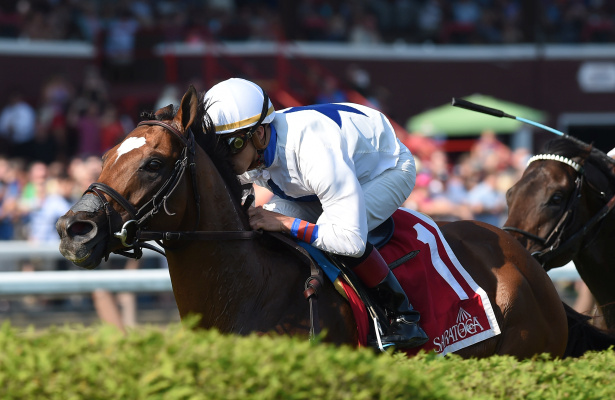 Multiple Grade 1 stakes-winners Heart to Heart and Divisidero top a list of 17 nominations for the Grade 3, $100,000 Tropical Turf run Jan. 12 at Gulfstream Park.

Terry Hamilton’s Heart to Heart, who captured last year’s Gulfstream Park Turf (G1), has won five stakes in seven starts over the Gulfstream turf course in recent years. The 8-year-old son of English Channel followed his win in the Gulfstream Turf with a triumph in the Maker’s 46 Mile (G1) at Keeneland.

Trained by Brian Lynch, Heart to Heart has 15 of 38 career starts and has won graded stakes at Saratoga, Churchill Downs, Belmont Park and Monmouth Park, as well multiple graded-stakes at Gulfstream and Keeneland.

“We’re looking forward to next weekend,” Lynch said. “He looks fantastic and he’s training great into it and I’m exciting about running him next Saturday.”

Divisidero, who captured his career debut at Gulfstream Park Feb. 7, 2015, won back-to-back editions of the Woodford Reserve Turf Classic at Churchill Downs in 2016 and 2017. Gunpowder Farm and Brereton Jones’ 7-year-old son of Kitten’s Joy, who is trained by Kelly Rubley, was beaten by less than a length while finishing fourth in the Nov. 3 Breeders’ Cup Mile (G1) at Churchill Downs.

Lynch confirmed Thursday that La Signare, who won the Wonder Again (G3) at Belmont last year, is being pointed to the Marshua’s River.

Lael Stables’ Hawksmoor, a multiple graded-stakes winner in both Europe and the U.S., is also among the prominent names on the nominations list.

Great Bettin’: In the U.K., sports gambling has been legal since...