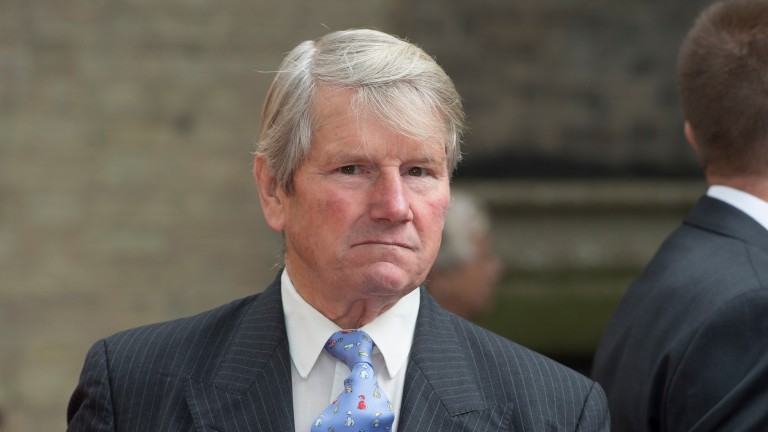 John Matthias joined Ian Balding’s Kingsclere stables as a teenager and rode many of the trainer’s biggest winners during an 19-season association as a jockey which continued after he retired from the saddle. Balding gives his own tribute to his former apprentice and stable jockey.

I was so fond of John Matthias. I adored him. He was one of the first of the Kingsclere apprentices to go on to top-level success.

When he came here as a kid of 16 he went to school from here. He hated it but I insisted. He became one of my favourite people. He was a wonderful stable jockey, an absolute star and he was such a good rider at home.

He wasn’t the most brilliant jockey ever, but totally reliable and 100 per cent honest. You knew where you were with him totally and I just loved him riding our horses. I got confidence from it. When he was stable jockey I really enjoyed it.

He rode horses like Mrs Penny to win the Cheveley Park Stakes, Robellino (Royal Lodge) in 1980 and then Leap Lively (Fillies’ Mile) and of course Glint Of Gold. On Glint Of Gold he won the Derby Italiano, Grand Prix de Paris, Great Voltigeur and Preis Von Europa.

Sadly my two main owners, the Queen and Paul Mellon, decided they didn’t want him as our stable jockey any longer. He never gave up and funnily enough he came back later and won those races on Silver Fling (Prix de l’Abbaye) and Dashing Blade (Dewhurst) in 1989.

John was such a good horseman, horses went beautifully for him and he was so good at home with them. I loved having him on the horses and the other lads took note of him. When he was riding at home it was a pleasure to watch. I shall miss him greatly. He was a thoroughly nice guy.

When he retired he worked here for quite a few years riding work. His sister Annie Matthias worked for us too. She was nanny for a bit to Andrew and Clare and they adored her.

Grand National Festival results – Who won the 4:05 at Aintree...

The secret world of horse racing

Stephen Baster to ride True Excelsior in G1 in NZ