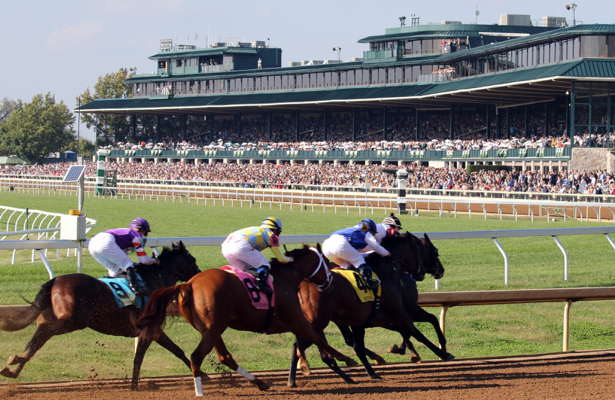 Keeneland will award $5.575 million in stakes purses for its 17-day Fall Meet to be held Oct. 5-27 to mark a record for a season without the Breeders’ Cup World Championships thanks to the addition of the $200,000 Indian Summer as the season’s 10th Breeders’ Cup Challenge “Win and You’re In” race and 18th stakes overall, as well as the upgrade and purse increase to $200,000 for the JPMorgan Chase Jessamine (G2).

As one of the richest and most prestigious race meets of the year in North American Thoroughbred racing, Keeneland’s Fall Meet attracts outstanding horses representing leading owners and trainers and the sport’s top jockeys for its racing program, led by six Grade 1 races, six Grade 2 races and five Grade 3 races. The Fall Meet will showcase many top contenders aiming for the Breeders’ Cup at Churchill Downs during its signature Fall Stars Weekend on the opening three days of the season, Oct. 5-7.

“Year after year, Keeneland’s Fall Meet grows in stature, thanks to its lucrative purses and major stakes,” Keeneland Vice President of Racing and Sales Bob Elliston said. “The season is a key launching pad for the Breeders’ Cup.”

Fall Stars Weekend features 10 stakes worth a total of $3.95 million and is anchored by the Shadwell Turf Mile, a 1-mile turf stakes that Shadwell Farm has sponsored since the 1999 Fall Meet. Nine Fall Stars stakes are Breeders’ Cup Challenge “Win and You’re In” races, which award the winners automatic berths in the Nov. 2-3 Breeders’ Cup.

The newest Win and You’re In race is the Indian Summer, a 5½-furlong race on the turf for 2-year-olds worth $200,000. The stakes, which Keeneland held from 1991-1996 and 1998-2001 under different conditions, awards the winner an automatic berth in the inaugural Breeders’ Cup Juvenile Turf Sprint on Nov. 2.

The other graded stakes during Fall Stars Weekend, also being run Saturday, Oct. 6, is the $200,000 Woodford (G2) Presented by Keeneland Select.

The Fall Meet’s sixth Grade 1 stakes, scheduled for Oct. 13, the second Saturday of the season, is the internationally prestigious $500,000 Queen Elizabeth II Challenge Cup Presented by Lane’s End. The invitational is for 3-year-old fillies at 1 1/8 miles on the turf.

editor - May 2, 2018
0
Casual bettors know the perfect way to bet on a horse at the Kentucky Derby is to gamble on the best names. That’s where...

Godolphin’s Avery Island Returns Lame From Workout, To Be Evaluated –...

Big names may ship in for Remington’s Springboard Mile