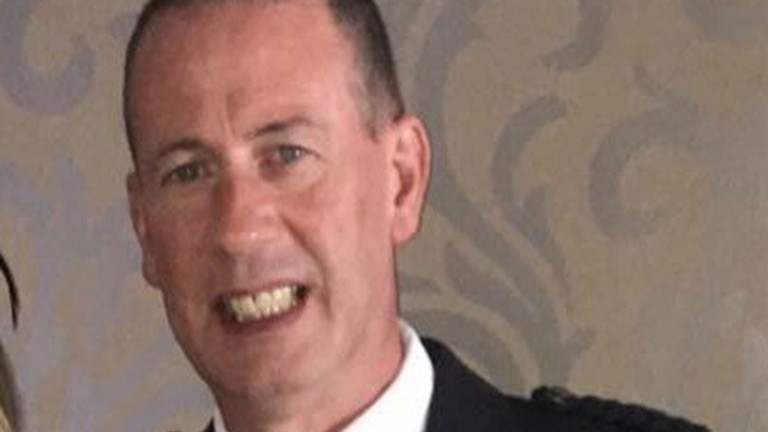 Ross Barker: died in minibus accident on the way to Kelso’s meeting on Saturday

A man who died in a minibus accident on the way to Kelso racecourse on Saturday has been named by police as Ross Jones Barker.

Barker, 59, from Port Seton, five miles east of Musselburgh, was among the 23 passengers in the private minibus which overturned on the A6089 less than ten miles from the course.

Barker was pronounced dead at the scene while the remaining 22 passengers and the driver were taken to hospitals in nearby Melrose, Edinburgh and Glasgow. Six remain in hospital with serious injuries, but all are considered to be stable.

The all-male group, aged between 24 and 75, had been travelling to Kelso for an annual day trip when the crash happened between Carfraemill and Gordon at around 10.50am.

Anthea Morshead, clerk of the course at Kelso, said on Sunday: “As a racecourse we’d like to send our thoughts and prayers to everyone involved, the bereaved and injured. We will be writing to the families involved to offer our sincere condolences.”

A statement from Kelso racecourse added: “The accident will impact on a wide community which extends to many of those who regularly attend Kelso races. Our thoughts are with the family and friends of those involved and we wish those involved a speedy recovery.”

An investigation into the circumstances around the accident has been launched by police, who kept the road closed until 9pm on Saturday to gather evidence and recover the stricken vehicle.

Steven Duncan, chief inspector of the Lothians & Scottish Borders police division, said on Sunday: “This has been an outing among friends and associates which has turned into tragedy.

“Our sympathies are with Ross’s family, who have respectfully requested privacy during this terrible ordeal as they try to come to terms with their loss. Our thoughts also remain with all those injured and their families.”

Several of the passengers are understood to be regulars at The Dean Tavern in Newtongrange, Midlothian. A statement on the pub’s Facebook page read: “The management and staff would like to pass on our condolences to those affected by the horrific accident on the way to Kelso. Our thoughts and prayers are with the family and friends of all those affected.”

The Betting Spy’s top picks for Saturday’s racing at Sandown and...