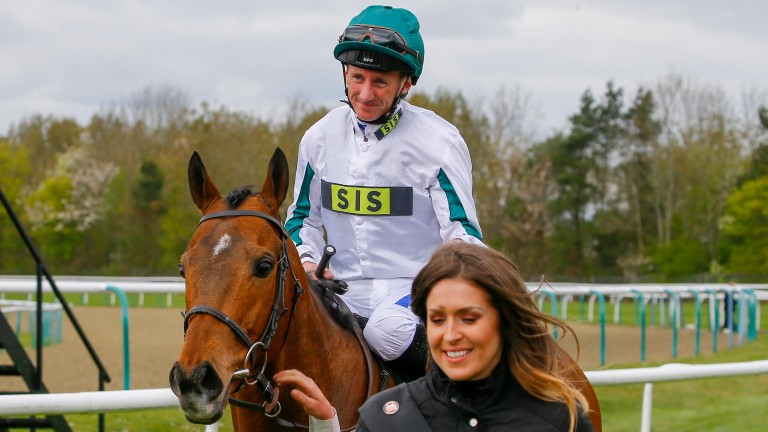 Kimberella may be the oldest in the 11-runner line-up at the age of eight, but the fire still burns within Richard Fahey’s gelding.

A winner over seven furlongs at Thirsk in April, Kimberella bids to make amends for an unlucky defeat in this race 12 months ago when a half-length third to Koropick.

Fahey has a decent Chipchase record, having posted back-to-back triumphs with Utmost Respect (2008) and Knot In Wood (2009) in the days when the race was staged on turf.

Hugo Palmer, the winning trainer last year, saddles the three-year-old Never Back Down, who made all in first-time blinkers in Listed company at Newbury last month for a 25-1 success.

Aeolus, winner of the race three years ago, also finished fourth in the 2017 running. He landed a 6f Newmarket handicap off a mark of 100 in April before running better than his finishing position of 13 of 15 suggests on a return visit to the track last month.

Richard Fahey, trainer of Kimberella
I felt he was a bit unlucky in the race last year so we head back there with a little unfinished business! He’s in great order, we’re very, very happy with him, and he should run a big race.

Charlie Johnston, assistant to Mark Johnston, trainer of Cardsharp
I thought he ran well at Ascot having bounced back to form at Salisbury. At Listed and Group 3 level, six furlongs is absolutely fine for him, whereas at Group 1 level in the Commonwealth Cup they were going too quick for him in the first half of the race. He still stayed on to finish in mid-division and this is a fairly dramatic step back in class.

Richard Hannon, trainer of Yafta
He didn’t look to fully stay seven furlongs at Newmarket last time so we’re going back to six and returning to the all-weather, which he has won on before. He’s a real tough and consistent performer who deserves the step up to this grade and we’ve kept him nice and fresh at home. He’s got a touch of class, and should go well.

Harry’s stock on the rise at Down Royal

Once On Whiskey grinds out Los Alamitos Derby victory