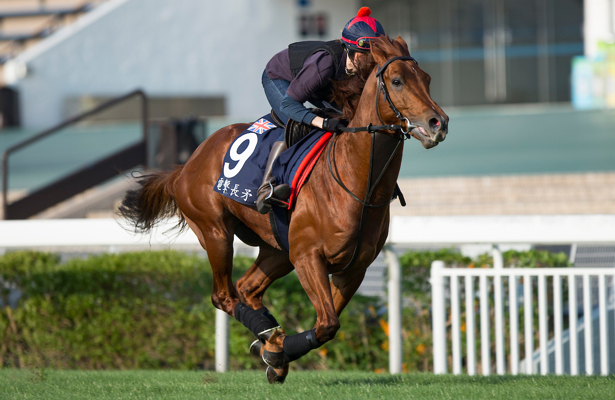 The third time was the charm for 7-old-year-old Lightning Spear (GB), who after two unsuccessful attempts to win the Group 1 Qatar Sussex Stakes the past two years finally got it done Tuesday at Glorious Goodwood, splitting horses through an opening inside the final 100 yards under jockey Oisin Murphy, to defeat Expert Eye by 1 ½-lengths.

The Breeders’ Cup Challenge is an international series of 85 stakes races whose winners receive automatic starting positions and fees paid into a corresponding race of the Breeders’ Cup World Championships, which will be held at Churchill Downs in Louisville, Ky., on Nov. 2-3.

As a part of the benefits of the Challenge series, the Breeders’ Cup will pay the pre-entry and entry fees for Lightning Spear to start in the Mile, going the same distance as the Sussex. Breeders’ Cup also will provide a $40,000 travel allowance for all starters based outside of North America to compete in the World Championships.

Owned by Qatar Racing and trained by David Simcock, Lightning Spear also registered his first Group 1 win in 16 attempts. In his previous start, he was defeated by a three-quarters of a length to Accidental Agent in the “Win and You’re In” one-mile Queen Anne Stakes (G1) at Royal Ascot in June and was beaten a short head to Rhododendron (IRE) in the one-mile Lockinge Stakes (G1) Newberry on May 19. He finished third in last year’s Sussex Stakes and was sixth in 2016, but also won the Celebration Mile (G2) at Goodwood the past two years.

“Lightning Spear is a wonderful horse and is very talented,” said Simcock. “To win a G1 is extra special. He was going really well and I thought if he got a gap he would win. They didn’t go much of a pace, but that did not really matter. You are trying something different all the time, trying to change something. To see him fill up and quicken up like that was great, and it is the horse we see at home an awful lot. It is just getting it all to click, with that little bit of luck that we haven’t had at times.

“Oisin had no instructions. Sit where you land and do your own thing. Oisin loves the horse and has confidence in the horse. We felt we were slightly robbed at Newbury, if anything, so this more than makes up for it. Oisin knows him very well and he can ride the horse as you like now.”

Sent away at 9-1 in the eight-horse field, Lightning Spear tracked the leaders until the final furlong and found an opening as Expert Eye took the lead, and then forged to the front for the victory. Lord Glitters (FR) finished third and was followed by Gustav Klimt (IRE), Beat the Bank (GB), So Beloved (GB), Without Parole, the 7-4 favorite, and Orbaan (GB).

A bay son of Pivotal, Lightning Spear completed the mile in 1:39.89.