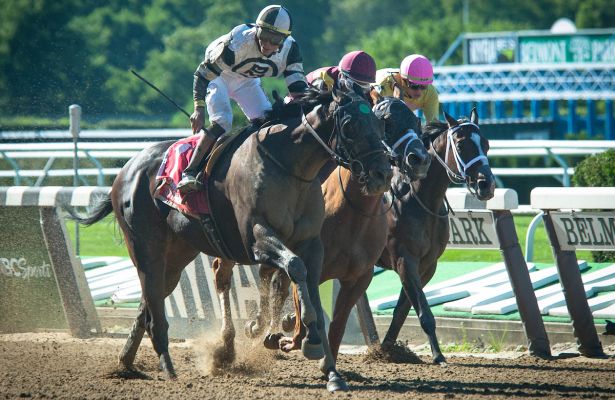 Limousine Liberal, already a multiple graded
stakes winner, picked up his first stakes win outside Churchill Downs Saturday by
running down Whitmore to win the Grade 2, $350,000 Belmont Sprint Championship
Stakes as part of the Stars and Stripes Festival.

The Belmont Sprint is a Breeders’ Cup “Win and You’re In” race, giving Limousine Liberal an automatic berth into the Breeders’ Cup Sprint, held this year at Churchill Downs. The 6-year-old gelding has won six of eight races under the twin spires.

While Shaft of Light took the lead early from
Eye Luv Lulu, jockey Jose Ortiz sat in second to last with Limousine Liberal.
The pair avoided traffic problems in the homestretch to roll home and complete
the seven furlongs in 1:21.53.

Whitmore, who hit the wire second, survived in an inquiry after bumping Shaft of Light in the stretch. Eye Luv Lulu was third.

Limousine Liberal comes from behind in a stretch duel to win the Belmont Sprint Championship! #WinandYoureIN pic.twitter.com/3Qe3RcGoMO