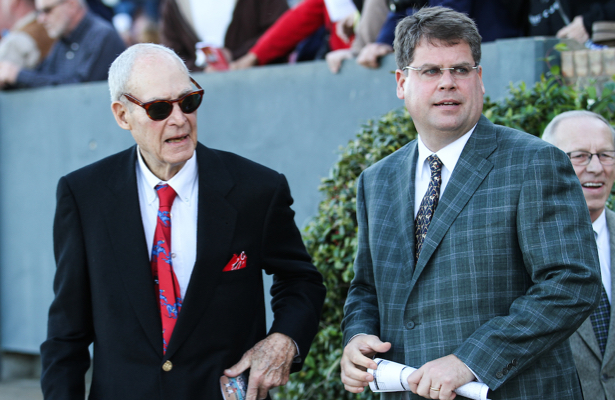 Louis A. Cella, whose family founded the Oaklawn Jockey Club in 1904, has been named President of the Hot Springs, Ark., racetrack and gaming facility as well as Southwestern Enterprises, Inc., the parent company of Oaklawn. He succeeds his father, Charles J. Cella.

In addition, John G. Cella has been named President of the family’s Southern Real Estate and Financial Company, Inc., also succeeding his father.

“It is truly an honor to follow in the footsteps of my father and grandfather,” Louis Cella said. “Racing has been part of the Cella family DNA for generations and we are committed to keeping Oaklawn one of the premier racetracks in the country for generations to come.”

Earlier this year, Cella became the third generation of his family to serve on the Board of Directors of the Thoroughbred Racing Association (TRA). His grandfather, John G. Cella, served as President of the organization from 1959 – 1960 and his father, Oaklawn President Charles J. Cella, served as President from 1975 – 1976. In late August, he was elected to The Jockey Club, which establishes the recommended standards for the industry, along with four other prominent figures in Thoroughbred racing.

“The appointment of Louis Cella as President of the Oaklawn Jockey Club will be welcomed news throughout the racing industry as it continues the legendary involvement of the Cella family,” said James (Ted) Bassett III, a longtime family friend, Keeneland and Breeders’ Cup director and a member of The Jockey Club. “For over a century, four generations of this family have dedicated themselves to maintaining the highest and traditional standards of racing, insuring public trust and the well-being of the horse. For most of his life, Louis has been actively involved in every aspect of racing and with this experience and the Cella family’s commitment to excellence this continues the success of Oaklawn Park for years to come”

He and his wife Rochelle live in Ladue, Mo., and have two children.

Clondaw Hollow is another strike for Goff and Fitzgerald

Fast horse racing results: Who won the 2.25 at Ascot live...