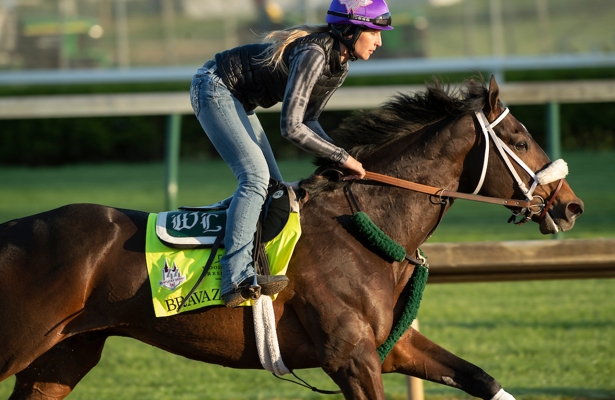 Saturday’s Middle Jewel of the Triple Crown will be Lukas’ 28th Preakness, the Spring Classic race he has won six times, most recently with Oxbow in 2013. He is tied with Bob Baffert – who will saddle Kentucky Derby winner Justify – for second place on the career wins list, one behind R. Wyndham Walden, a standout of the 19th century.

“We were good all day. It was fine,” he said. “Those horses were comfortable. They didn’t break a sweat. There are two fans on every horse and there are big box stalls in that trailer. We fed them right on time.”

Lukas won with his very first Preakness starter, Codex, in 1980, defeating Genuine Risk, the filly who had won the Kentucky Derby. That trip to Baltimore from California 38 years ago was different than Monday’s long ride from Kentucky with a massive black pickup truck pulling a trailer, but Lukas easily recalled the details.

“I came on a FedEx plane with Codex,” he said. “It was a 747 and there were two helicopters in pieces inside there and the rest was strawberries. I ate strawberries all the way and I got sick.”

Lukas answered the question about when his horses will go to the track Tuesday with one of his own: “What time does the track open?”

editor - June 30, 2018
0
ITV4 will broadcast live from Newcastle and Newmarket this Saturday. The big race of the day is the Stobart Rail & Civils Northumberland Plate...

Artilena holds on to win Ontario Lassie Stakes at Woodbine