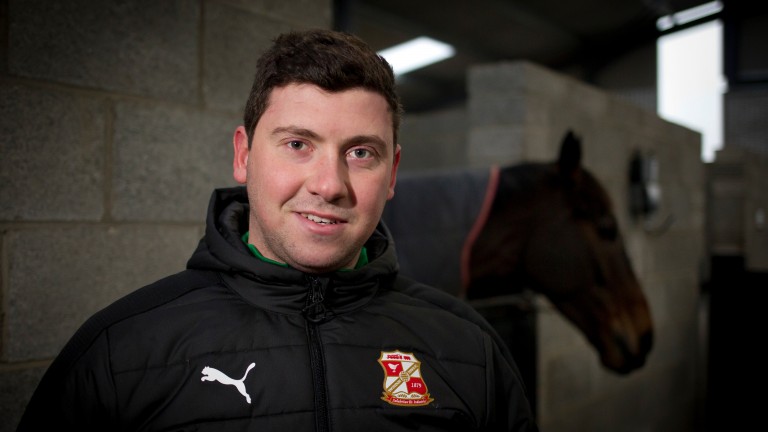 Rookie trainer Olly Murphy, who has made a barnstorming start to his career, recorded his biggest success yet when Irish recruit Hunters Call struck for the Warwickshire handler in the hands of Jack Kennedy.

The 9-1 shot hit the front in the straight before pulling clear of the pack and holding the chasing Silver Streak up the run-in, with Verdana Blue and Bleu Et Rouge filling third and fourth spots.

Murphy has hit the ground running in his training career and this result only goes to cement what has been a fabulous 2017 for the man who used to be assistant to Gordon Elliott.

Before this result he had racked up 26 winners since April at a strike-rate of 20 per cent. This along with three Flat victories in Britain; figures which some trainers can take years to accrue.

His winner, Hunters Call, had won once from nine starts over the smaller obstacles and was rated as high as 126 in Ireland, but off 2lb higher here, he fairly scorched home with Kennedy – clearly an eyecatching booking – having the race won well before the last. It was some training performance in an event which, as usual was fiercely competitive.

Quite a few of the principals disappointed, none more so than Charli Parcs, who was beaten before the turn-in. He once again takes two steps backwards in his career to date following a promising return at Newbury earlier in the month.

Racing UK - International - December 27, 2017
0
Racing UK is the leading British broadcaster of racing, bringing live pictures and analysis from 33 courses. Visit www.racinguk.com/join to view all of...

Always Sunshine back on track with Hockessin Stakes win