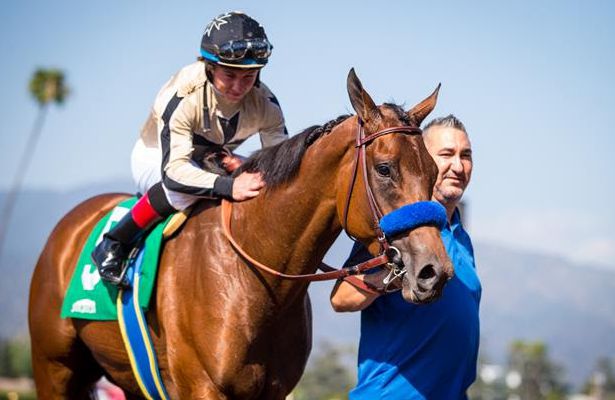 The 4-year-old daughter of Blame won four straight races, including the Ballerina (G1) when shipping to New York, before defeated in the championship race.

“She came out of it really well,” Baffert said. “We’re disappointed in her run. For some reason she was outside there getting rolling and just got beat a half a length for all of it.”

Marley’s Freedom ended up a narrow fourth. The Cicero Farms charge has returned to work twice, most recently drilling six furlongs Tuesday in 1:13.20 at Santa Anita Park. That breeze was her longest since August.

“I’ve been wanting to stretch her out, so we’re looking at the race right now,” Baffert said. “If she’s working well, she’ll go.”

Also probable for the Go For Wand, run at eight furlongs on the Cigar Mile Handicap (G1) undercard, is Browse, Come Dancing, Pacific Wind, Sower and Your Love, according to the New York Racing Association’s stakes coordinator, Andrew Byrnes.

The Millionaire, the Cowboy, and the Horse That Won’t Scare