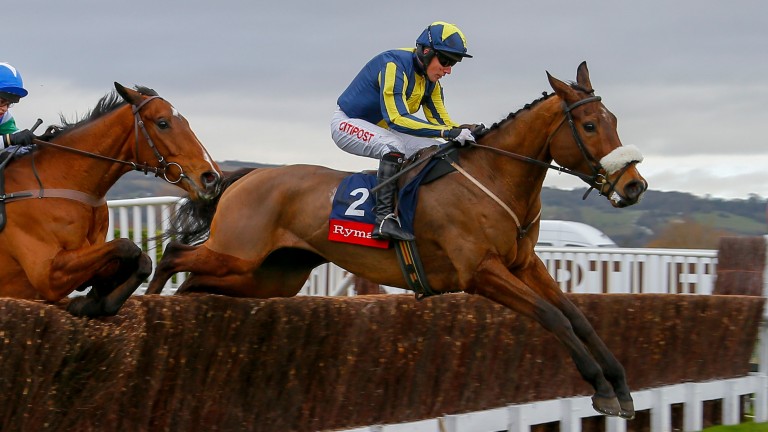 Kalondra makes the journey across the Irish Sea to contest Galway’s SCL Sales Chase at 4.30

On the final day of the Galway festival, Mark Boylan marks your card with three horses to follow.

He may have sidestepped Wednesday’s Tote-backed Galway Plate, but trainer Neil Mulholland is hoping the freshness of Kalondra can reap dividends in the SCL Sales Chase (4.30).

The 147-rated seven-year-old emerged with plenty of credit from his handicap debut in the Grade 2 Silver Trophy Chase at Cheltenham in April and the six-time winner has the assistance of Tom Scudamore, who flies to Ireland for one ride.

Mulholland said of his charge: “You’d like to think he’s got a good chance. He’s in good form, there’s been a couple of dry days and hopefully the ground will dry out a bit more in the next 24 hours.

“He’s travelled over well and we’re very happy with him. Five of the ten horses have ran within the last four days of the race, so hopefully he can run and make his presence felt.”

Hard-luck stories are almost as common as morning after hangovers off the track at Galway’s summer festival, and Robbie Burns’ Kellyiscool was certainly a victim of the former on Monday night when not getting the rub of the green in an extended two mile handicap hurdle.

The Paradise Partnership-owned four-year-old, who wasn’t unsupported on his handicap debut, charted a wide path and didn’t get away from the last too cleanly but flashed home to get within a neck of Storm Rising.

Now rocking up off a 4lb higher mark in the Adare Manor Opportunity Handicap Hurdle (2.45) under Kevin Brouder, who claims 4lb, Burns is hoping that his Monday effort hasn’t left a mark.

“Kellyiscool ran very well on Monday and was probably unlucky not to come out on top,” he said.

“Things just didn’t work out for him and he had a little knuckle at the last before flying home – if he had won it would’ve been a great ride but it wasn’t to be and it wasn’t anyone’s fault.”

Burns added: “He’s in good form since, we’re just hoping the race hasn’t come too soon. It’s probably a better quality of race than earlier in the week but we’re hopeful.”

Barry Geraghty got a sweet tune out of Shay Barry’s Smitty Bacall to land a 2m4f maiden hurdle at Gowran Park in late June, and the Circle Of Six Syndicate’s charge will bid to prove as effective over an extended three miles in the Kenny Galway Handicap Hurdle (2.45).

An opening mark of 116 could well prove workable and the manner in which he stayed on last time suggests he may be capable of improvement for the step up in trip.

Barry identified Ballybrit as the next port of call following his Gowran success, though Willie Mullins’ Lareena ought to be very competitive in the same affair.

‘This will result in job losses and empty shops on the...