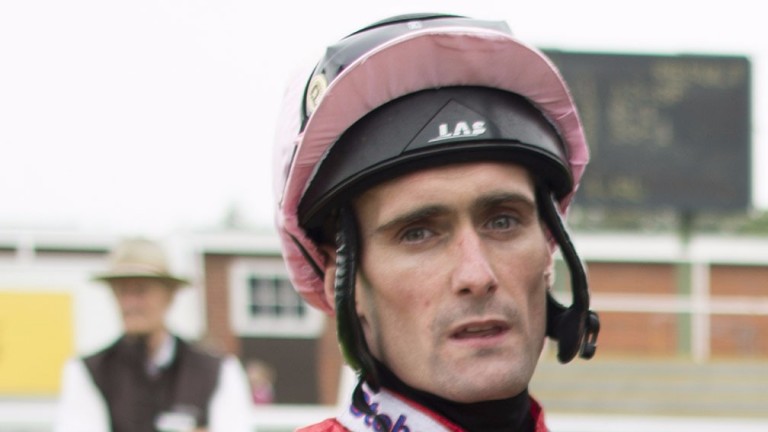 Paul Mulrennan: back in action with two rides at Newcastle on Tuesday evening

Jockey Paul Mulrennan has two rides at Newcastle on Tuesday evening as he returns to the saddle for the first time since suffering a triple fracture of his back in July.

Mulrennan, who injured himself on the gallops while riding out for trainer and regular employer Michael Dods, had initially hoped he would be able to make a return within six weeks but a succession of ‘little hiccups’ has delayed his return until now.

“I can’t wait to get back now,” Mulrennan said. “It’s been a long time but it’s a new year now. I’ve been in the gym a lot at Jack Berry House, they’ve done a great job there and really looked after me. I’m as fit as I can be and just need a few rides now to get my eye back in.”

Mulrennan had been enjoying a fine season until his unfortunate incident, with two Group 3 victories, aboard subsequent Prix de l’Abbaye winner Mabs Cross in the Palace House Stakes and the Julie Camacho-trained Judicial in the Coral Charge the highlights of a campaign that had already yielded 43 winners.

“It’s just one of those injuries that you’ve got to give time and make sure you’re 100 per cent right,” the jockey added. “I’ve been back riding for six weeks now at Michael Dods’ and they look like they’ve got a really nice bunch of horses that I can look forward to this year.”

Mulrennan has two live chances at Newcastle in the Jane Chapple-Hyam-trained Suzi’s Connoisseur (5.45) and Royal Prospect (6.15), trained by Julie Camacho, who the jockey partnered to success at this course in November 2017.

Useful Flat performer Erik The Red makes his jumps debut in the 2m novices’ hurdle at Kelso (2.55) as connections attempt to revive the seven-year-old after a muted turf campaign on the Flat.

The Kevin Ryan-trained Erik The Red finished in the placings once in five starts last year and assistant trainer Adam Ryan is hoping switching codes may reignite the 95-rated Flat performer.

“The owner [Frank Gillespie] has had plenty of hurdlers in his time and we just decided to give him a bit of a school and see if it freshened him up a bit,” Ryan said.

“He actually schooled really well so we decided to give him a run – it might just bring about a bit of spark in him.”

Ryan added: “He has been there or thereabouts in all the big 1m2f and 1m4f handicaps over the past few seasons, but he didn’t quite run to his form last year so we just thought we’d try something different.”

The November Handicap runner-up in 2016, Erik The Red has never ran in the month of January in his 27-race career yet Ryan did not rule out future forays over hurdles.

He said: “If he was to perform well over hurdles then he could definitely stay that way but we’re certainly not ruling out the Flat either – we’ll just have to see how he gets on.”

‘He needs to go and win now’

Charlie Longsdon is hoping Forth Bridge can end his hoodoo over fences in the 2m6½f novices’ handicap chase (3.40) at Leicester.

Owned by The Queen, the six-year-old remains a novice over fences despite finishing second on five of his nine chase starts, including on his most recent outing at Musselburgh on New Year’s Day. 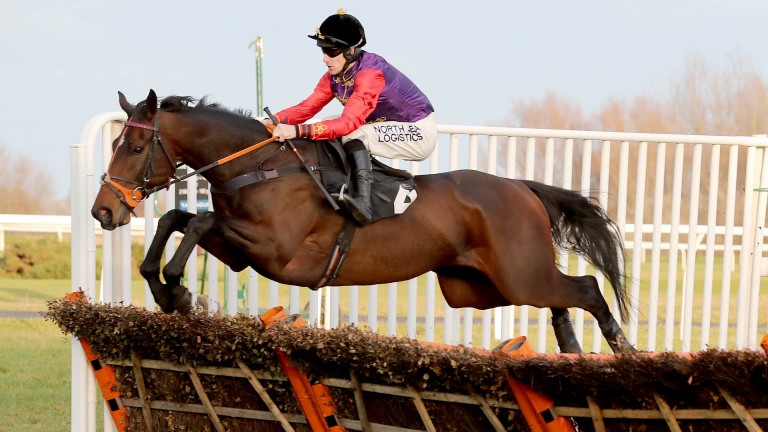 Forth Bridge winning at Musselburgh in December 2016

However Longsdon, who has trained 28 winners this season, is hopeful this will finally be the former Listed hurdle winner’s moment.

“I thought he should’ve won last time,” the trainer said. “He seems extremely well but he needs to go and win now.

“It will be challenging but there’s only five runners. Gary Moore’s Larry won well last time but Ben Pauling’s Gowiththeflow was a little disappointing. It is competitive but our horse is battle-hardened and should run his race.”

editor - March 11, 2018
0
Share This Story!Let friends in your social network know what you are reading about19-1 shot Quip wins Tampa Bay Derby in upsetQuip won...

HORSE RACING: Justify will be tested in Triple Crown bid –...

First Flow has a bright future