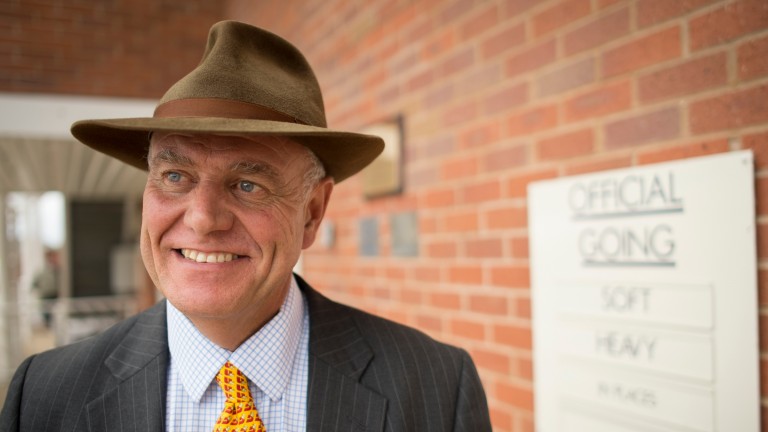 Richard Osgood: “The way Denman won his second Hennessy was one of the best I’ve seen”

Nicky Henderson has paid tribute to Newbury’s long-serving clerk of the course Richard Osgood, whose 39-year stint at the track comes to an end following Saturday’s meeting.

Osgood, who has had the juvenile hurdle on the card named in his honour, grew up on the site his father Frank helped run from 1947 until 1990, while his great uncle John was racecourse manager from 1919.

A pioneer of covering courses in cold periods, Osgood hands over to Keith Ottesen on Tuesday, but his family name will not be lost to Newbury as his wife Cilla continues in her role as membership secretary.

“Richard has looked after Newbury and us for the majority of my training career, and has been the most amazing help and friend,” said Henderson.

“There have been many memorable occasions, but I’ll never forget the night he pioneered laying down fleeces after racing on the Friday in order to protect Saturday’s racing.

“We brought some lads over from Seven Barrows to join the team – Mick Fitzgerald was in his blue suit and black twinkle shoes. With Richard conducting an operation that had never been tried, it got darker and darker, colder and colder, and it seemed a daunting task.

“But, with his leadership, spirits remained high and the job was completed well into the darkness. Racing took place and the covering of racecourses has become commonplace. That was inspirational and he’s been exactly that throughout his time.” 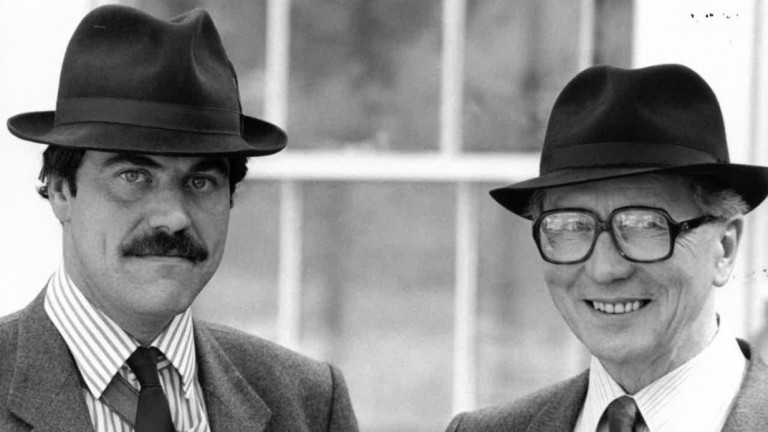 Richard Osgood (left) and his father Frank, who also worked at Newbury

Osgood, who describes that achievement as his proudest, said: “My mother and father lived here and I’ve lived onsite for 56 years. As a child I was on my bicycle mucking around the stands. I was born and bred here; it was a fantastic childhood.”

Recalling his fondest memories, he added: “Arkle was my hero as a child. He was the horse I always watched. Some of the things he did were amazing.

“I always followed him and Mill House, and on the Flat there was Mill Reef and Brigadier Gerard, while the way Denman won his second Hennessy was one of the best I’ve seen. I was also lucky enough to see Frankel win the Lockinge, plus Hawk Wing in the same race and also watch Nashwan work.

“The Major [trainer Dick Hern] used to like to bring Nashwan down here for his final gallop before a big race. I loved the way the horse moved with such a flowing action.”

Racing Post - August 20, 2018
0
Reaction from trainers, racing professionals and Ascot racegoers to Frankel's fabulous 11-length victory in the Queen Anne Stakes at the Royal meeting on...