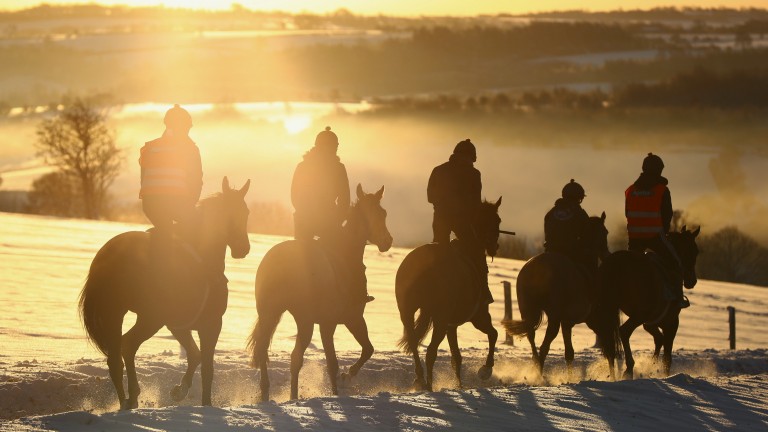 The cold snap has affected courses throughout Britain

There is the possibility of no jump racing in Britain on Friday after Kelso was forced to scrap its fixture and Doncaster’s card subject to a 7am inspection but Saturday’s main meeting at Newbury looks safe.

Kelso was called off due to frost and snow and at Doncaster, where the ground is a mixture of soft and good to soft and take-offs and landings are under cover, officials are concerned about the possibility of snow and freezing temperatures.

Chepstow’s Welsh National meeting and racing at Leicester on Thursday have fallen victim to the weather this week but there are no inspections scheduled at any of Saturday’s jumping venues.

The ground is heavy at Newbury and Haydock and soft at Taunton.

At Newbury, where the feature race is the Grade 1 Betfred Challow Hurdle, clerk of the course Richard Osgood said: “As long as the forecast is as it is I don’t think we have a problem.

“It is going to be heavy ground and we are expecting a bit of rain tonight and tomorrow night but the amounts have been reduced from what was forecast originally.”

Parts of the back straight were frosty in places but Osgood added: “Temperatures are forecast to be 5C or 6C and the rain will take the frost out of the ground anyway.”

Warwick will stage an inspection at 8am on Friday for its meeting on Sunday. The ground is heavy and there is patchy snow and areas of standing water on the course.

Two longshots to fill your pockets at Bangor and Kempton