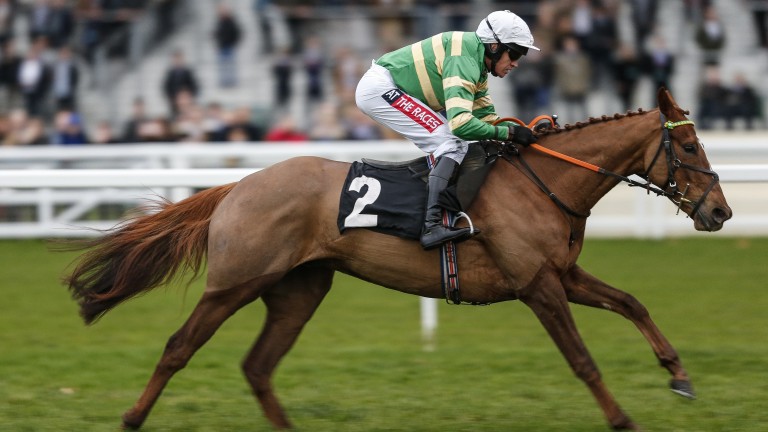 Didtheyleaveuoutto: warrants support when back on better ground

Most of the attention was on the winners at the Cheltenham Festival last week but there were many notable efforts in defeat. Here are six horses who caught the eye and are worth following

Nube Negra
Dan Skelton’s juvenile hurdler ran a race full of promise to finish third in the Fred Winter Juvenile Handicap Hurdle. The son of Dink caught the eye with his strong-travelling nature and was almost going too well at the top of the hill, forcing jockey Harry Skelton to rein him back from the heels of the leaders. Despite being headed by Veneer Of Charm approaching the final flight, he kept on willingly up the hill. Bridget Andrews suggested in the Monday Jury that Aintree is on the agenda and a likely speed test will suit perfectly.

Didtheyleaveuoutto
The testing ground was a significant negative for Nick Gifford’s stable star, so much so that Barry Geraghty chose to partner the Joseph O’Brien-trained Rhinestone in the Weatherbys Champion Bumper despite being jocked up on Didtheyleaveuoutto before the declarations. Positioned fairly wide under Mark Walsh, the son of Presenting travelled kindly and made an eyecatching move on the turn into the home straight. His effort petered out in the closing stages, finishing a 14-length tenth, but on better ground and a flatter track, Didtheyleaveuoutto can return to winning ways and has the potential to be a leading novice hurdler next season.

Benatar
The run of Benatar in the JLT Novices’ Chase was remarkable. Despite finishing a 12-length third, Gary Moore’s six-year-old could easily prove best of the nine runners. He pulled, pulled and pulled some more for well over the first mile and it was impossible not to spare a thought for rider Jamie Moore. Nevertheless, the son of Beneficial was travelling well on the turn in, although when coming under pressure he looked certain to fold. Somehow he repelled late challenges to finish in the placings and remains an extremely promising type. 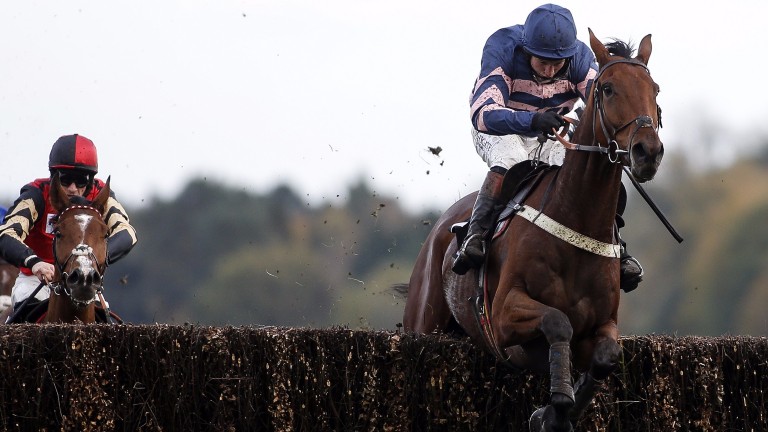 Benatar: a highly promising third in the JLT Novices’ Chase

Kemboy
This Willie Mullins-trained six-year-old was one of those chasing Benatar up the run-in but a mid-race blunder proved costly. On his third start over fences, Kemboy impressed early on with his notably efficient jumping, although it was a shuddering blunder at the ninth fence that halted his momentum. He stayed on near the finish and remains open to plenty of improvement.

King’s Socks
It proved a fruitless four days for Pond House trainer David Pipe but two of his runners went in the notebook after promising efforts. The first of those was King’s Socks, who on first impression flattered to deceive when weakening into fifth after travelling conspicuously well in the Brown Advisory & Merriebelle Stable Plate Handicap Chase. However, it was his first run over 2m5f and that told late on. A €210,000 recruit, King’s Socks finished a two-and-a-half-length second to last week’s Racing Post Arkle scorer Footpad in a Grade 1 hurdle on his final start in France in 2016 and can strike off his current mark when dropped in trip.

Mr Big Shot
Described as “massive” by Pipe after his successful bumper debut at Uttoxeter in 2016, Mr Big Shot has clearly had problems with just three starts since and lost his unbeaten record in the Martin Pipe Conditional Jockeys’ Handicap Hurdle. However, it was an effort far from devoid of promise after 345 days off the track. The seven-year-old, ridden by Michael Heard, went wide throughout and appeared to be mounting a challenge in the home straight. He had no extra to give after the final flight and finished tenth, but his return to action earned a simple note of ‘improve’ from our race comments expert Tim Mitchell. It’s hard to disagree.

Weighed in: a brilliant banker and a brotherly bear hug

What was said: quotes of the week from the Cheltenham Festival

In pictures: the best shots from the Cheltenham Festival

Racing can be fatal to horses — ScienceDaily

editor - May 5, 2018
0
Intense exercise can be fatal to racehorses, according to a new University of Guelph study. Prof. Peter Physick-Sheard and a team of researchers examined...

Hard Brexit could make for heavy going at Cheltenham