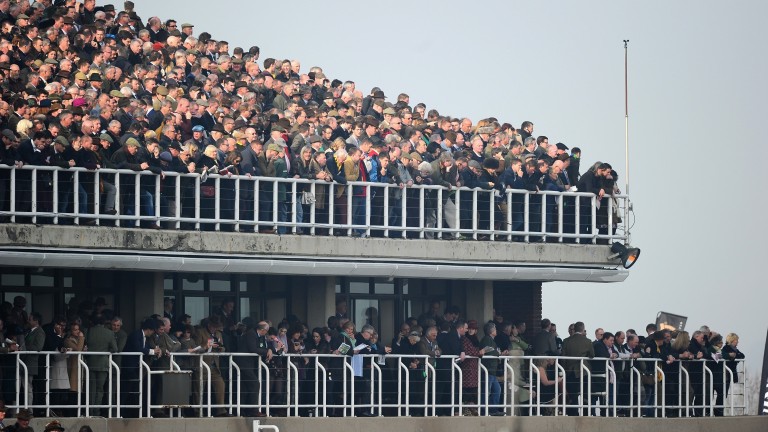 The crowds return to Cheltenham on Friday for the November Meeting

– On today’s Racing #Postcast, we review the weekend action as Bryony Frost wins the Badger Ales Trophy at Wincanton to seal her reputation as racing’s hottest property. Can Present Man take this form to the Ladbrokes Trophy, or even the Grand National?

– Lots of big name horses returned to action this weekend and while Footpad and Terrefort disappointed, Verdana Blue, Ballyoisin and Apple’s Jade impressed. We review all the action across the UK and Ireland with ante-post prices for the season’s big races.

– Cheltenham’s November Meeting starts this Friday, and we look at all the big races across the three days, including the return of Tiger Roll in the Cross Country, Splash of Ginge’s attempt to defend the BetVictor Gold Cup and the Altior-less Shloer Chase on Sunday.

– Finally, we pick out more horses for your tracker and following Friday’s 178-1 NAP treble our tipsters have big shoes to fill with their picks this week’s midweek racing.

Midweek NAPS:
Maddy Playle:
Shaughnessy in the 1.00pm at Exeter on Wednesday

Nick Watts:
Sky Pirate in the 12.40 at Cheltenham on Friday

Tom Segal:
For Good Measure in the 12.40 at Cheltenham on Friday
Rolling Dylan in the 1.50 at Bangor on Wednesday

Tom Nugent:
Dinons in the 3.35 at Cheltenham on Friday

editor - August 16, 2018
0
The Girls team won the Shergar Cup at Ascot on Saturday – what was your highlight of the day?Well, obviously I was delighted...

Brugger: Is it a horse race or is it unacceptable gambling?...

N.J. may use taxpayer dollars to stabilize horse racing tracks :...

For Startups, Do You Bet On The Jockey Or The Horse