Patrick Mullins became the winningmost amateur rider in Irish racing history when gaining his 546th success on Queens Boulevard for his champion trainer father Willie at Sligo on Sunday.

Mullins, 28, had equalled Ted Walsh’s benchmark figure when scoring on Irish Lass at Limerick on Saturday and took the record outright by landing the bumper at Sligo.

He said: “It’s fantastic. Something quite cool. Obviously I couldn’t have done it without what my parents have built in Closutton and what my grandparents built in Doninga before that. 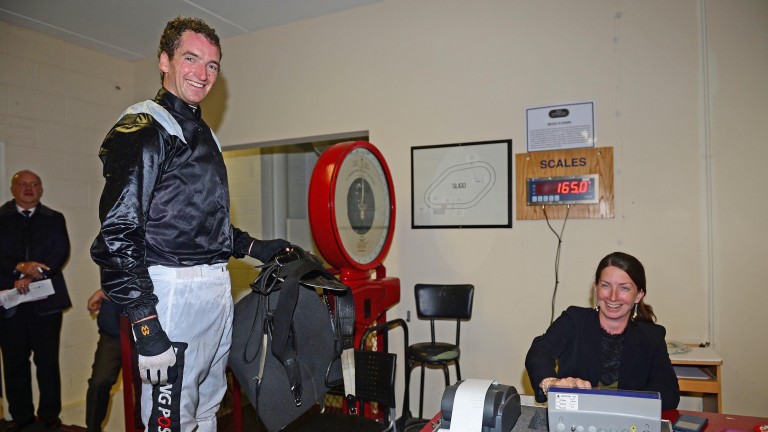 In the bag! Mullins is safely weighed in by clerk of the scales Colleen Murphy

“I’m in a very privileged position and it’s good to be able to make the most of it. I’m riding for Willie Mullins, so that makes the job a lot easier.”

As for his record-breaking exploits, the rider said: “It’s something I was told about a few years ago when I got the record in the calendar year [72 in 2012] for an amateur, and becoming winningmost rider is something I’ve been aiming for.

No amateur rider in Britain has ever won anything like as many as 546 races in a career, so the joint Irish/British record is held by whoever holds the Irish record.

And Walsh, whose total Mullins has now surpassed by one, believes the new record-holder is only just getting started.

“I’m delighted for Patrick, and if he wants to do it I can see him doubling his total over the next ten years,” he said.

“He’s a highly skilled rider with all the attributes. Tactically he’s very good, and I thought his winning ride on Rathvinden in the National Hunt Chase at Cheltenham in March was as good a ride as you could wish to see. 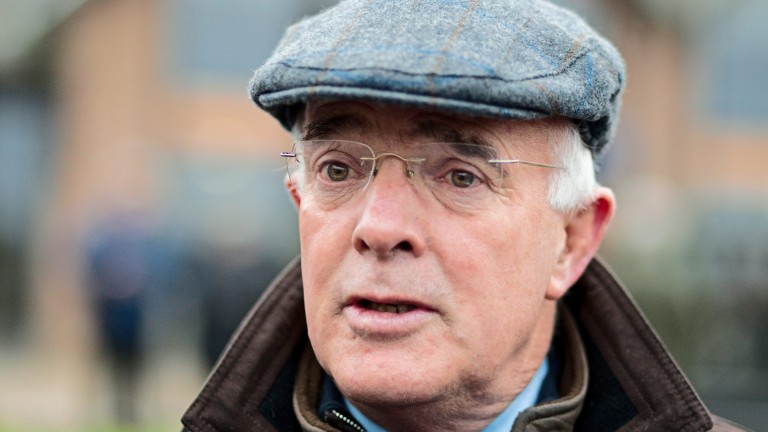 Ted Walsh, from whom Mullins claimed the record, was generous in his praise, saying: “On and off the track he’s a very special young man”

“On and off the track he’s a very special young man. He’s as bright as a button.”

The rider’s father said: “It’s a tremendous achievement by Patrick. He has a huge commitment to racing and to riding and, for a young man of his size and weight, what he’s done has amazed me.”

Mullins had his first ride in December 2005, with his first winner coming the following summer when he scored on Diego Garcia, trained by his father, at Limerick. He has been Ireland’s champion amateur ten times, and has four Cheltenham Festival victories to his name. 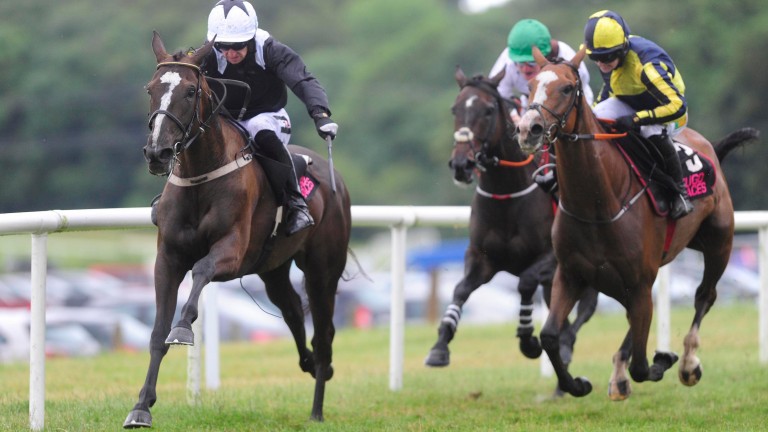 The victory that took him past Walsh came by a hard-earned half a length aboard newcomer Queens Boulevard, who started at 4-7 in an eight-runner field.

Mullins said: “I thought she might win more easily. Maybe she didn’t handle the track and the ground, and I think she’ll come on a lot – I think she’s better than the bare result. She battled all the way to the line.”

A mare, then, whose grit and determination is reflected in the qualities so often displayed by her rider.

editor - March 9, 2018
0
Cheltenham may be just around the corner, but there’s still an impressive afternoon of racing action to look forward to on Saturday.The Matchbook...