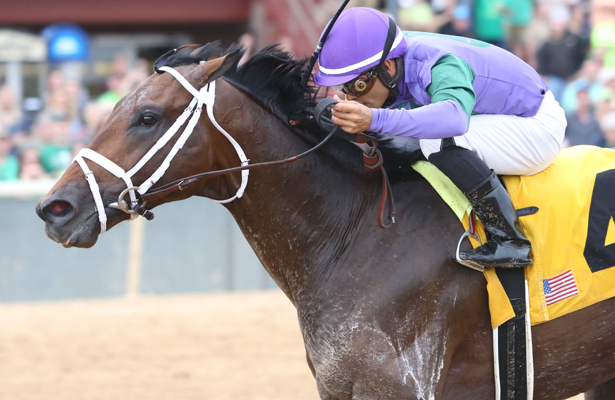 Grade 1 Arkansas Derby winner Magnum Moon, who was unbeaten until 19th in the Kentucky Derby, has run his last race.

According to BloodHorse reporter Jeremy Balan, the son of Malibu Moon suffered a career-ending front leg injury Saturday morning galloping out from a workout at Belmont Park, where the colt was breezing toward a potential start in the July 7 Dwyer Stakes.

The colt sought to end the so-called Apollo’s Curse in the Kentucky Derby — that being a horse un-raced at age 2 hadn’t won it since 1882. While Magnum Moon didn’t pull off the feat, eventual Triple Crown winner Justify did.

A $380,000 purchase for owners Robert and Lawana Low, Magnum Moon debuted Jan. 13 and also won the Grade 2 Rebel Stakes on his way to the first Saturday in May.

Winx on the beach: Co-owner Peter Tighe talks us through a...

Racing Post - October 30, 2018
0
Racing Post's Stuart Riley caught up with Winx Co-owner, Peter Tighe after another impressive win that notches up Winx's record to a stunning...