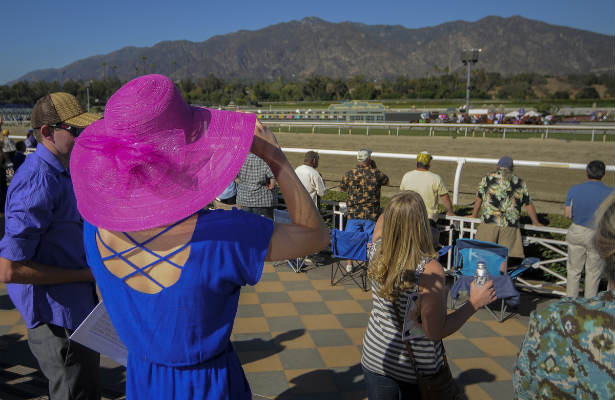 In addition to the $1 million guaranteed Late Pick 4 on opening day, fans will find a betting menu that includes 50 cent Trifectas, an additional 50 cent Late Pick 5 and rolling one dollar Super High Five wagers on all races.  Santa Anita’s Single Ticket Pick Six Jackpot will remain in place as will the popular low takeout 50 cent Early Pick 5 on the first five races each day.

• Two separate 50 cent Pick 5s, to be offered on the first and last five races each day. If no one selects the winners of all five races, that pool will carryover to the corresponding Early or Late Pick 5 the following racing day.

• Rolling one dollar Super High 5s. This wager requires bettors to correctly select the first five finishers in each race (minimum of eight runners). If no one selects the top five finishers in exact order, 100 percent of the net pool carries over to the next race featuring the Super High Five.

• Two dollar Win, Place & Show wagering on each race, featuring the lowest takeout (15.43 percent) of any major racetrack in the nation.

• 50 cent Trifectas on each race (minimum of four runners required).

• 10 cent Superfectas will be offered on all races (minimum of six horses scheduled to start).

• One dollar Exactas on each race.

• Two dollar Pick Six, with a Single Ticket Jackpot, will be offered on the final six races each day.

• One dollar rolling Pick 3s will be offered beginning with the first race each day.

First post time for a nine-race race card on Tuesday is 3p.m. ET. The opening day card will include four graded stakes, highlighted by the Grade 1 Malibu and the Grade 1 La Brea, as well as the Grade 2 Mathis Brothers Mile (turf) and the Grade2I San Antonio, which will be run for the first time in its 80-year history on opening day and will serve as a prep for the $16 million Pegasus World Cup Invitational at Gulfstream Park on Jan. 27.

editor - July 13, 2018
0
AS part of the action packed Saturday of racing, Ascot also have a top card with the Group 2 Summer Mile a terrific...