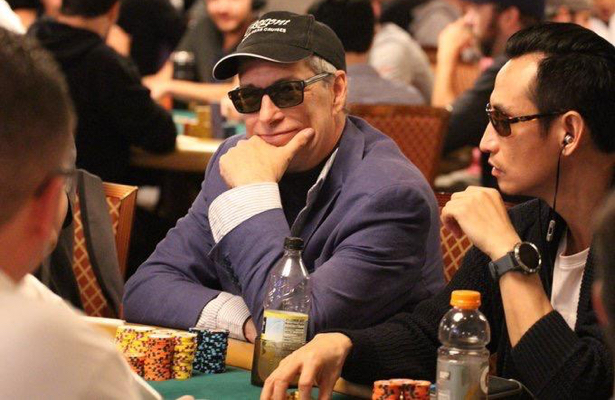 Photo: Courtesy of the NTRA

One of the most remarkable stretches in the history of the National Horseplayers Championship Tour propelled longtime contest player David Gutfreund to five tournament victories in the second half of the year en route to earning 24,123 points to win the 2018 NHC Tour, which ended Saturday.

“It’s beyond incredible, and I’ve been around gambling a long time,” Gutfreund said of his Tour win. “I won $90,000 on a 20 cent (Rainbow Six) bet and I’d argue that this is more unexplainable and more difficult odds wise than that was.”

Twice a top 10 finisher at the NHC, Gutfreund put together a body of handicapping work in the last couple of months in 2018 that even the veteran himself counts as one of his most improbable gambling achievements. Having already double qualified for the NHC by virtue of a pair of on-track tournament victories at Hawthorne Race Course in July and the Meadowlands in September, the Chicago resident and longtime successful poker player didn’t list chasing a Tour title among his objectives..

Gutfreund didn’t play in another Tour event until Thanksgiving weekend at Hawthorne, with a confidence boost being his main goal rather than points. When he notched on-track win No. 3, some prodding from comrades and re-examination on his part convinced him that ending up atop the 2018 Tour Leaderboard wasn’t such a far-fetched notion.

“Quite frankly, my poker and my gambling had gone pretty much south since I had won that tournament at the Meadowlands in the middle of September and I needed a little bit of a slump buster, a little bit of a confidence builder,” Gutfreund said of his Hawthorne Tour win on Nov. 24. “I had had success at that Hawthorne tournament over the years and I was in Chicago over Thanksgiving weekend. There was no entry fee and I decided to support the local racetrack who had done a great job over the years hosting NHC qualifiers.

“Later that night, a couple of my cronies gave me a call. They mentioned the Tour and I felt as if I needed to do a little bit of due diligence to see where I actually stood. With the three live bankroll wins that I had already accomplished, I was like what the heck. Maybe I can get into the top 20 or maybe sneak into the top five. Running down (First Half winner and NHC Hall of Famer) Paul Shurman was never a thought in my mind until quite a ways through the process.”

Overall NHC Tour standings are determined by totaling a player’s top seven scores from NHC-sanctioned qualifying contests, which must include at least one live, on-site event. Gutfreund earned 20,225 of his winning point total in the second half of the season. Following his November victory at Hawthorne, he won another on-track Tour event at Los Alamitos on Dec. 8 and grabbed another 3,891 points with yet another on-track triumph at Monmouth Park on Dec. 29.

“There are so many things that had to go right for me to win those five tournaments,” Gutfreund said. “I was really taking it one tournament, one day at a time, focusing on what I could focus on in the moment as opposed to looking at it as a big picture.”

Keeping his focus at the same razor’s edge it has been in recent months will be key to Gutfreund’s NHC preparations. While besting a field of 650 takes a perfect storm of astute handicapping and good fortune, the momentum Gutfreund is taking with him to Las Vegas is something he is acutely mindful of.

“I’m just incredibly grateful and incredibly excited. To steal a line from Dan Fogelberg, this is my chance of a lifetime in my lifetime of chance,” Gutfreund said. “I know it’s a 650 person tournament. I know how difficult it is to win. But I’ve had two top 10s, I’ve had four top 20s. It’s difficult but it’s not impossible. And I’d love to be back there on day three just swinging for the fences and giving it a run.

“I truly from the bottom of my heart have so much gratitude for this opportunity and I’m just so stoked.”

Punter nearly walks away with $1m

Classy Shantou Flyer out to cement Cheltenham credentials at Taunton |...