How did you fare in John Randall’s notoriously tricky Christmas quiz? Check out the answers below. Congratulations to our winners, who have each won free bets courtesy of Paddy Power.

1. Which great champion was belittled as a sire by Donald Trump at a rally in 2015?

2. Which of these was a filly who came third in the Oaks?

3. Which Classic-winning trainer was one of a family of 13 siblings?

4. Which Cheltenham Festival-winning trainer had been a wartime secret agent in occupied France?

5. Which of the Queen’s advisers had a father-in-law who won an Olympic gold medal?

6. Who said of his fellow prime minister Sir Anthony Eden: “He was trained to win the Derby in 1938; unfortunately he was not let out of the starting stalls until 1955”.

7. What did pioneer woman trainer Florence Nagle have in common with Chris Amoo of chart-toppers The Real Thing?

8. What do Mark Johnston, John Oxx and Dermot Weld have in common?

B They are qualified vets

9. Which jump jockey rode Mark Johnston’s very first runner as a trainer in 1987?

10. Which jockey rode Aidan O’Brien’s first winner as a trainer?

11. According to Wikipedia, which tycoon and racehorse owner earned the nickname “the seagull” as he would “fly in and s**t all over his subordinates before flying out”?

12. Years before Wikipedia was created, Wiki Wiki Wheels was a prolific winner for which owner? 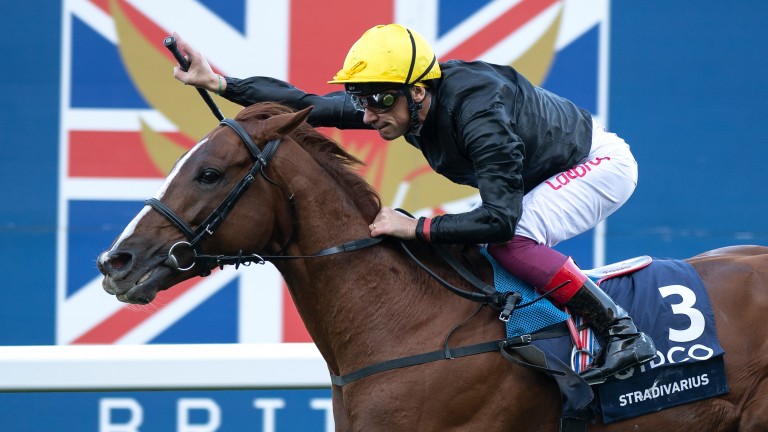 15. Which jockey rode Enable and Cracksman to their maiden victories?

16. Which Derby was won by Cracksman?

17. Which of these jockeys once beat Arkle in a steeplechase?

18. Which horse won the Cheltenham Gold Cup the last time it was run in April?

19. Which horse won the Derby the last time it was run in May?

20. “Maroon, white cross of Lorraine, sleeves and cap” were the colours carried by which great champion?

21. Which great champion was named after a district of south London?

22. Le Vizir was the first horse to beat which outstanding champion?

23. Name the only horse to win three British Classics but not the St Leger.

24. Which champion filly was named after a character in Chaucer?

25. This Salvador Dali portrait is of which Classic-winning owner?

26. Which Classic winner was placed in the Champion Hurdle?

27. Name the only horse to run in the Grand National twice and win it both times.

28. Name the only horse to be disqualified twice at the Cheltenham Festival.

B Chinrullah (after finishing first in the Champion Chase and fifth in the Gold Cup, 1980) 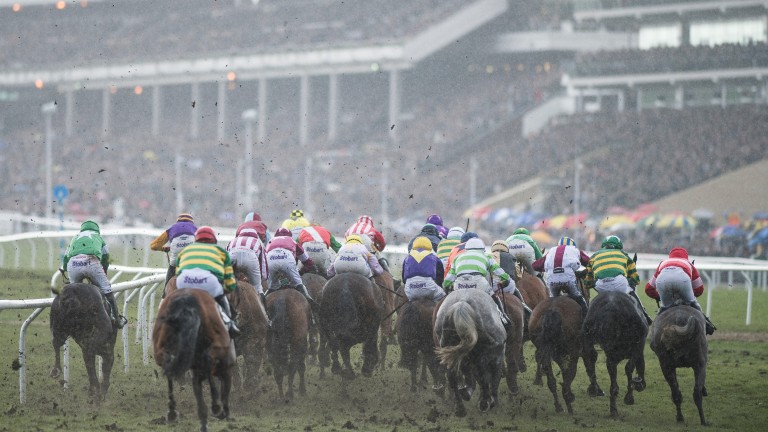 29. Which of these Cheltenham Festival handicaps has never been won twice by the same horse?

30. Which of these races has never been won by a mare?

31. On which winner did Lester Piggott put up 14lb overweight?

32. Which of these trainers has won a Breeders’ Cup race?

33. Name the only British jockey to be champion in Hong Kong.

35. Which horse won at Royal Ascot despite finishing only fourth?

36. Which of these handicaps had a renewal in which the first two finishers were disqualified for being ineligible? 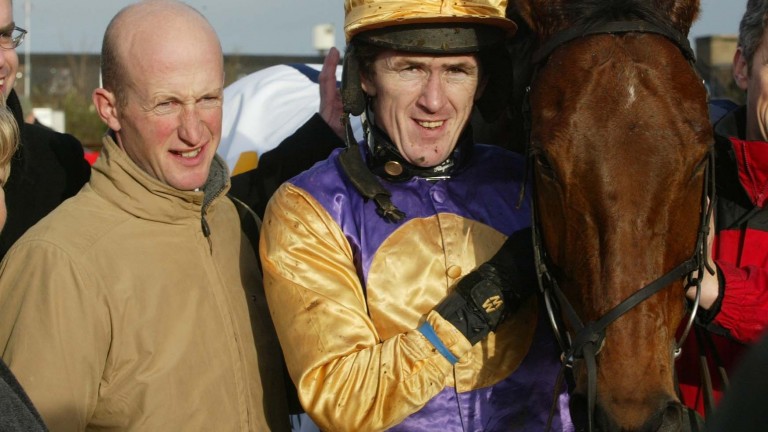 37. Who is this Champion Hurdle-winning trainer?

38. Which Grand National winner had won at Royal Ascot?

39. Which Melbourne Cup winner had won at Royal Ascot?

40. Which of these creatures in George Orwell’s Animal Farm is a horse?

41. Which of these has not been a Group winner for Jamie Spencer?

42. On which racecourse are the Pat Doyle Memorial Hurdle and the Carmel Fay Memorial Chase run?

43. Which jockey rode Luca Cumani’s only winner over jumps in Britain?

44. Which of Luca Cumani’s horses won a Group 1 race in three different seasons?

45. In which novel does Tim’s Chance win the Grand National?

D National Velvet (on the disqualification of The Piebald)

46. Which of these is a prominent scientist and television presenter?

47. In which Ronald Colman film does Laguna win the Derby?

48. Which great artist painted dozens of pictures of horse-racing scenes?

49. What is the first name of the French jockey who won the US Triple Crown on Seattle Slew?

50. Name the statesman who wrote: “No hour of life is lost that is spent in the saddle”.

Tonight’s racing: three to keep an eye on at Kempton |...