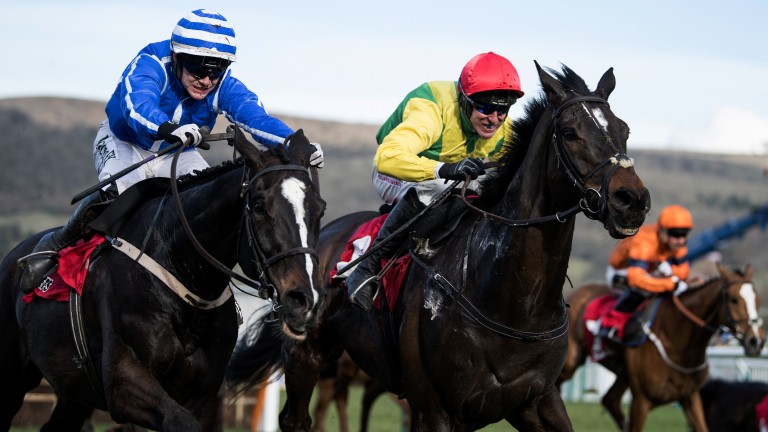 Supasundae (right) is beaten in the Stayers’ Hurdle by Penhill

Supasundae, who finished runner-up in last year’s Stayers’ Hurdle at Aintree and filled the same position behind Penhill last month at Cheltenham, is more likely to take on Buveur D’Air in the Betway Aintree Hurdle over two and a half miles next week.

There is still some debate about Supasundae’s best trip, given he won the Irish Champion Hurdle over two miles and seems effective at three miles, and connections seem likely to split the difference next week with the two-days-earlier Aintree Hurdle.

Trainer Jessica Harrington said: “He’s also in the three-mile Grade 1 but we’re favouring running him in the two-and-a-half-miler.”

Whichever route Supasundae goes down, it seems likely he will come up against the defending champion. Buveur D’Air awaits in the Aintree Hurdle, while Yanworth, a length in front of Supasundae last year, could pose the biggest test in the Stayers’ Hurdle. 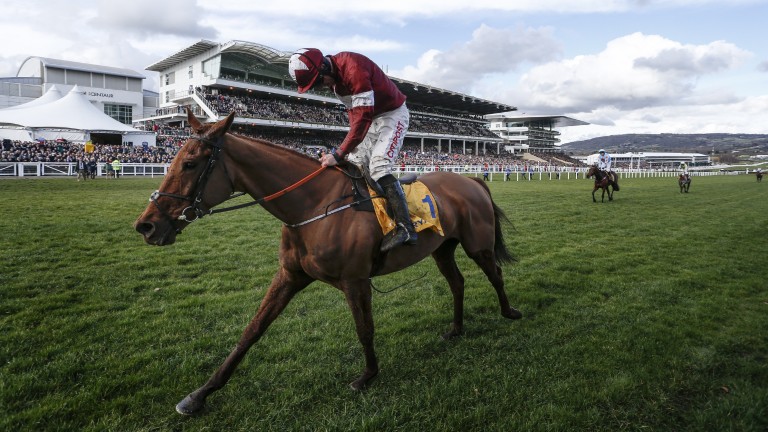 Easy does it: Balko Des Flos and and Davy Russell cruise to victory in the Ryanair Chase

Balko target up in the air

Trainer Henry de Bromhead said no decision had been taken on whether Balko Des Flos, who won the Ryanair Chase at the Cheltenham Festival, will run at Aintree.

Seen as a Gold Cup prospect next year after his Cheltenham success, Balko Des Flos may go down a similar route to Don Cossack, who in the same Gigginstown House Stud silks went down the two-and-a-half-mile route before taking Cheltenham’s biggest prize.

De Bromhead said: “Balko Des Flos came out of Cheltenham very well and will be entered for the Grade 1 Melling Chase at Aintree. However, nothing has been decided and we might wait for Punchestown.”

Need help with any aspect of racingpost.com? Visit this page

Twenty Quotes to Celebrate National Day of the Horse

editor - December 14, 2018
0
In honor of National Day of the Horse on Dec. 13, enjoy some of our favorite quotes celebrating the beauty, power, and grace...