The Maryland Stadium Authority’s report recommending a $424 million rebuild should the Preakness Stakes remain at Pimlico Race Course for the long-term was released Thursday, and inside of it were a number of new details and potential innovations for the Baltimore property.

Of course, it comes with this caveat: “This is a hypothetical, conceptual analysis of potential uses that could occur, not a feasibility study of what will occur.”

It will be up to the Maryland Jockey Club and track operator The Stronach Group to decide, in concert with state officials, the future of the Triple Crown’s middle jewel. Previously, The Stronach Group’s officials have stated an interest in moving the race to Laurel Park closer to Washington, D.C., and said they won’t put additional money into fixing up aging Pimlico.

Here’s what we learned from a read of the study:

From surveying a number of stakeholders on both sides — local government, the department of commerce, The Stronach Group and others — “nearly 70 percent” of respondents said that Pimlico should remain open and continue hosting the race.

“They also indicated that significant investment would be needed in the surrounding community while simultaneously restoring the grandeur of Pimlico Race Course,” according to the study. 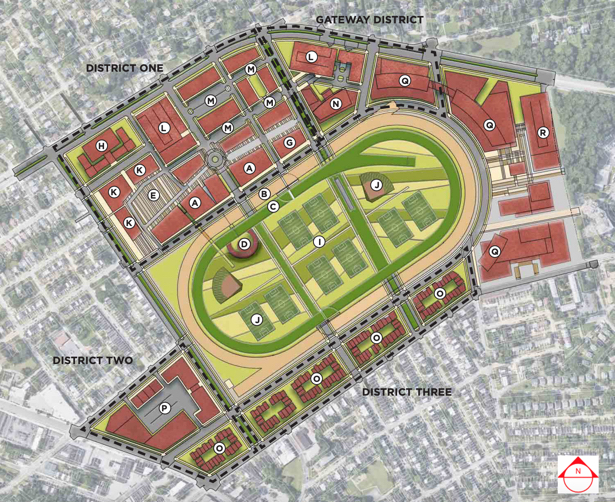 The $424 million idea isn’t to bring more racing to Pimlico, which has just 12 dates in 2019, but rather to serve as an ideal venue for the Preakness and outside of that maximize “opportunity for non-racing land use.”

Four districts located around the track would include space for commercial and residential zoning in addition to a few permanent racing facilities. The infield could be used for concerts and athletics. Not even the paddock area would necessarily need to remain such year-round, as it could in one model serve as a plaza area the rest of the year.

The price tag includes cost of demolition of the current facility, the rebuild and cost to construct new racetracks. The bulk of the cost would be to construct a multi-use clubhouse.

A concept based on the “Palio model” — inspired by the Palio di Siena horse races held in the Piazza del Campo in Siena, Italy — recommends both rotating and resizing the Pimlico track. A 35 degree rotation would make the track parallel with surrounding streets to better connect the track with the community.

The proposed surface would shrink to a non-traditional 15/16-dirt oval with a 7/8 of a mile turf surface. A small chute on the front stretch would allow the 1 3/16-mile Preakness to being outside of a turn. 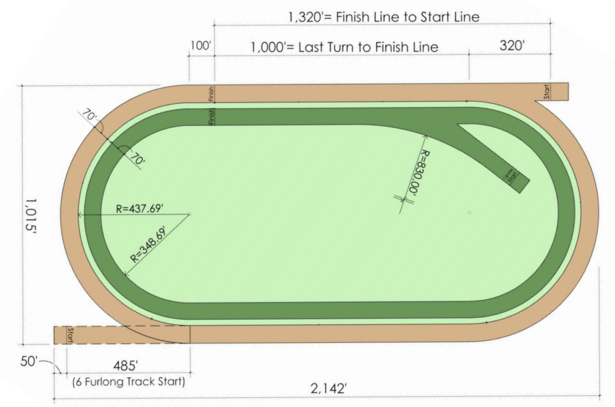 As for the barn area?

Two options were provided to get the new Pimlico built. The first would make the 2021 Preakness the last in the old facility, then require the 2022 and 2023 races be run off site before the new Pimlico opens for 2024. Similarly, France’s

Prix de l’Arc de Triomphe ran at Chantilly for two years before its home, Longchamp Racecourse, was ready for this year’s running. That race lost no prestige in the process.

Another construction timeline would keep the Preakness at Pimlico throughout construction, but crowd size could be limited as improvements are phased in, costs could go up, and little room for error available. In this scenario, the final Preakness on the current track would run in 2022.

And so the big question remains: What will The Stronach Group decide, and how can local officials come up with funding to sway that choice?

editor - March 9, 2018
0
LONDON (Reuters) - Sizing John will not defend the Cheltenham Gold Cup at the Festival next week after being ruled out with a...

Emerald Downs president: ‘We are all optimistic’ after a horse-racing season...

After 39 years, Golden Gate Fields TV show is no more

European jockey Spencer on a ‘working holiday’ at Gulfstream Park