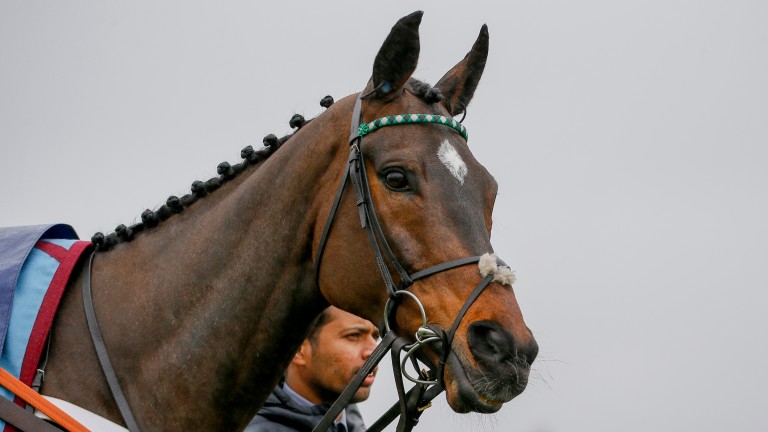 Altior: jumps star set for his first start of the season

A week after Newcastle staged a mini-Champion Hurdle, Sandown looks set to put on a Champion Chase dress rehearsal as a host of exciting two-mile chasers have stood their ground against the mighty Altior in the Betfair Tingle Creek Chase.

Altior’s trainer Nicky Henderson was all smiles last weekend after his dual Champion Hurdle king Buveur D’Air landed the Fighting Fifth at Newcastle and the sponsors of Sandown’s most important jumps race expect him to be grinning again.

Betfair make last season’s Champion Chase hero Altior, who is unbeaten in 14 starts over hurdles and fences, 5-6 to give Henderson a second Tingle Creek after Sprinter Sacre triumphed in 2012. Impressive Shloer Chase winner Sceau Royal is next best at 9-2.

Saint Calvados, last seen winning the Grade 3 Poplar Square Chase at Naas, is 11-2, with Un De Sceaux – winner of the Tingle Creek two years ago – a 7-1 shot. His trainer Willie Mullins could also turn to Great Field, who is five from five over fences and is an 8-1 chance.

Harry Whittington, a one-time Henderson protege, trains Saint Calvados for Kate and Andrew Brooks and is well aware of the task in store with Altior in opposition.

“We are happy with our lad and he looks a million dollars,” said the trainer. “He’s fit and well.

“Obviously he has to improve, but he is only a five-year-old. He is developing all the time physically and he is ready for the challenge and what a challenge it is! I hope he can turn up, run his race and continue to improve because he is young and progressive. Hopefully we are good enough to give the great horse a race.”

Whittington, based on the outskirts of Lambourn, added of his stable star: “He is much more the finished article. Last winter he was quite a big, raw horse, perhaps on the weak side still. He had three months in the field from April 1 and four months to get back for the Ireland race and all he has done is get stronger and stronger and stronger, his work has got more professional.”

Betfair’s Barry Orr is licking his lips in anticipation and said: “There have been six winning favourites in the last ten runnings and while Champion Chase winner Altior is odds-on at 5-6 he definitely won’t have everything his own way with Sceau Royal and Saint Calvados sure to keep him honest, and Great Field is an intriguing addition.

“It is shaping up to be a fascinating renewal.”

Will Audible Win Again in the Florida Derby?