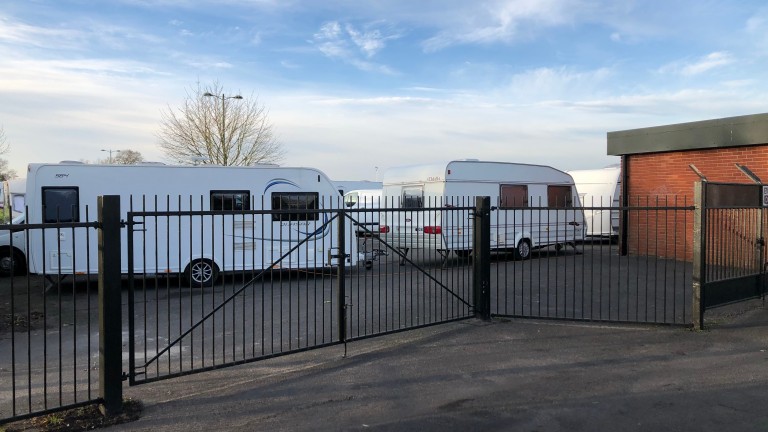 Warwick: travellers occupy a car park at the course

Warwick’s meeting on Thursday went ahead as planned despite the arrival of a large group of travellers in one of the track’s car parks.

In the region of 30 caravans and 80-100 people are occupying the owners’ and trainers’ car park, which is a public pay-and-display car park owned by Warwick District Council.

Speaking on Thursday morning, clerk of the course Jane Hedley said: “We don’t anticipate any problems with racing as the travellers are completely contained in that area with a high fence between them and the track and no other areas are affected.” 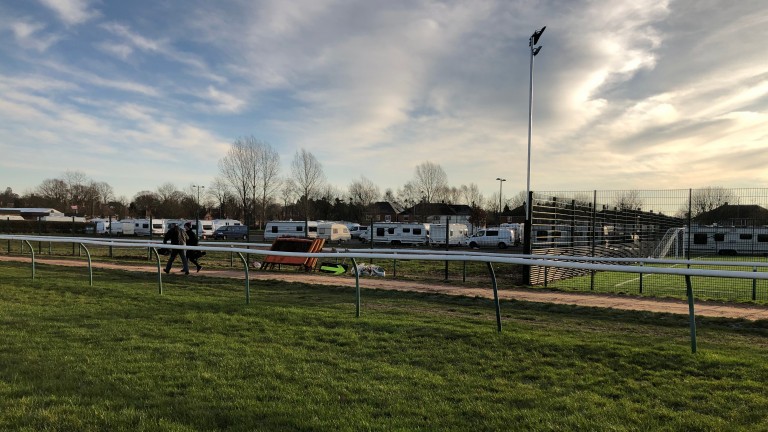 Warwick: in the region of 30 caravans parked in the car park

The council and the police are working with the racecourse to move the travellers on, but track officials put alternative arrangements in place.

“We’re handed this specific car park for racedays and the travellers arrived at around 10pm last night,” added Hedley.

“It’s an operation to move the travellers on, which can’t be done in time for racing, but we’re working with a contingency plan to move owners, trainers and officials’ parking into the centre of the racecourse.”

Andre Klein, general manager at Warwick, said: “There’s currently a car park shortage in the town and there’s no way we can secure our owners’, trainers’ and officials’ car park for racing until late the night before.

“The Jockey Club released a statement, Weatherbys informed owners and the BHA likewise trainers, as well as our contingency plans being relayed to bookmakers.

“We feel it has worked really well so far this morning and even a few owners have complimented us on the alternative arrangements.”

Did you know you can bet with multiple bookmakers on the Racing Post website and app? Here’s how:

A look at horse racing, from the jockey’s point of view

what time is the horse racing on ITV1 TODAY?