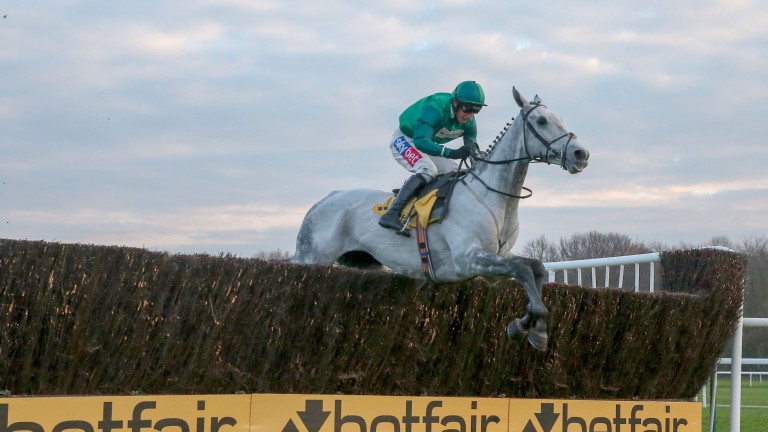 Bristol De Mai will enter the big-race Kempton cauldron next Wednesday a stronger horse than he was prior to disappointing in the King George VI Chase 12 months ago.

That’s the view of trainer Nigel Twiston-Davies, who sent out the seven-year-old to make a successful defence of his Betfair Chase crown at Haydock last month.

The Grange Hill Farm stable star had Native River, Thistlecrack and Might Bite trailing in his wake on Merseyside, but the general perception of him being a flat-track Haydock bully who is best fresh means all three of those horses are shorter with some bookmakers in the betting on the 32Red King George.

Bristol De Mai, a 26-length sixth of seven finishers behind Might Bite in last year’s Christmas showpiece, has been far from straightforward to train in previous seasons, but the signs this time are highly encouraging.

“He seems absolutely fine,” Twiston-Davies said on Wednesday. “Everything is positive and has been since Haydock. He is only seven and appears stronger in himself.

“He has not been as tricky to train this season. Nothing has gone wrong and we don’t mind about the ground after he won on good at Haydock.”

Few would argue Bristol De Mai is the king of Haydock but many have reservations about his ability to rule Kempton at the highest level.

Twiston-Davies said: “Last year he made a mistake at the fence going away from the stands. It was a right howler and he couldn’t get back into the race.

“I don’t see any reason why he can’t go well round there. He has won going right-handed and run some excellent races away from Haydock. Everyone seems to label him a ‘Haydock horse’ but that’s not the case.

“He beat Native River, Thistlecrack and Might Bite at Haydock, but it appears he’ll be going to Kempton as the underdog. People tend to forget about him; that’s the way we like it.”

Bristol De Mai is a top-priced 15-2 with bet365 and Twiston-Davies added: “It’s a fantastic race this year. Some years you’ve had odds-on shots, but it’s hugely competitive this time. It’s a race to look forward to. We certainly are.”

Nicky Henderson, who trains the favourite Might Bite, is most unlikely to commit champion two-mile chaser Altior to a King George bid. 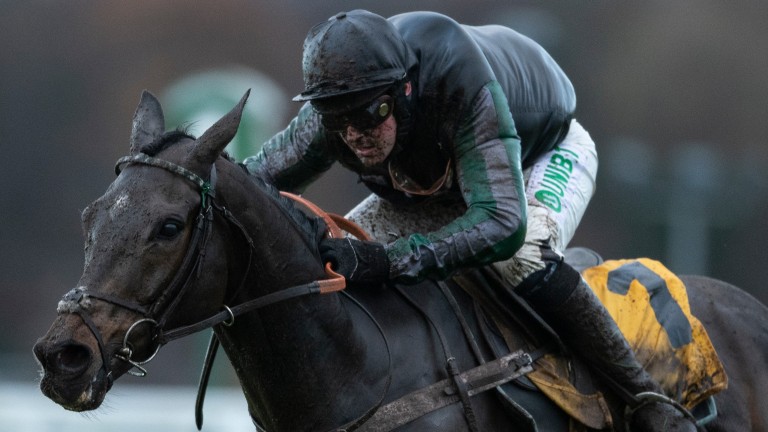 Altior is “2,000-1” to run in the King George according to Nicky Henderson

The brilliant eight-year-old, who races in the colours of Patricia Pugh, made a sparkling seasonal reappearance when landing the Tingle Creek Chase at Sandown this month.

Henderson is on record as saying “the King George is very tempting” but he said on Wednesday: “Altior won’t be in – I don’t suppose.

“The Pughs get back tonight and I’ll talk to them. I occasionally have thoughts about it, but it’s about 2,000-1!”

Coneygree, the fragile but richly talented winner of the 2015 Cheltenham Gold Cup, is firmly on course for Kempton.

With Nico de Boinville required for Might Bite, trainer Mark Bradstock has booked Sean Bowen to continue the association he began with the 11-year-old at Cheltenham last month.

Bowen steered Coneygree into third place under top weight in a Grade 3 handicap that day, a performance which thrilled his connections. 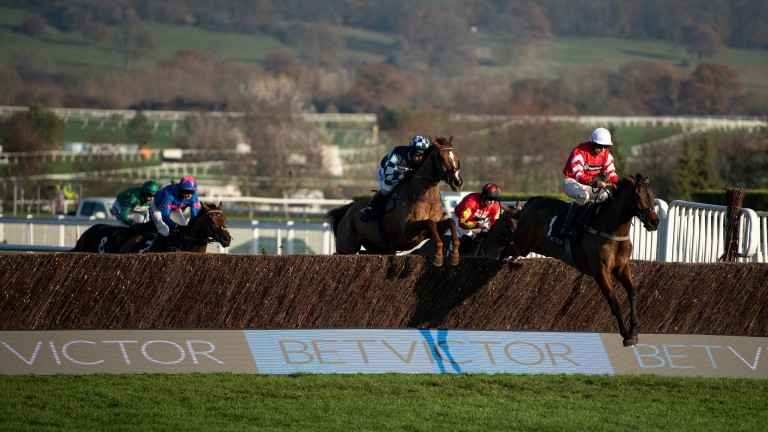 “You have to take things from day to day with Coneygree, but the King George is the aim.”

Rain is forecast for later this week at Kempton and the going, currently described as good to soft, good in places, could ease.

“It looks like we’ve a bit of rain to come, with the forecast suggesting in the region of 10-15mm,” clerk of the course Barney Clifford said. 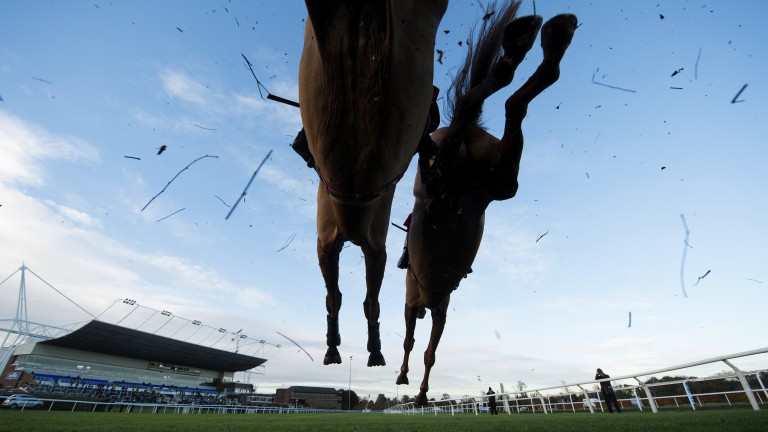 Kempton is currently good to soft, good in places

“Friday looks like getting the worst of it, with showers also forecast for Christmas Eve, but it should be bright and sunny thereafter.

“Overnight temperatures are set to be around 3C, with daytime highs of 8-10C. I’m currently giving it as good to soft, good in places after 8mm of rain last night. It always walks slightly easier straight after some rain and the rain we’re forecast should keep us where we are, or maybe a little bit softer.

“I’d expect us to drift to good to soft rather than soft, but it could go either way. Kempton’s a remarkable place and it can dry in a day with the right conditions, but it should be perfect ground for everybody.”

editor - January 17, 2019
0
CLOSE Chad Millman of The Action Network stops by to help you place your bets heading into the NFL's Conference...

Meet Bryony Frost, the female jockey who outrides the men

Horse Racing Bets of the Day – Ayr and Yarmouth

Race tipping: Couch – On The Couch