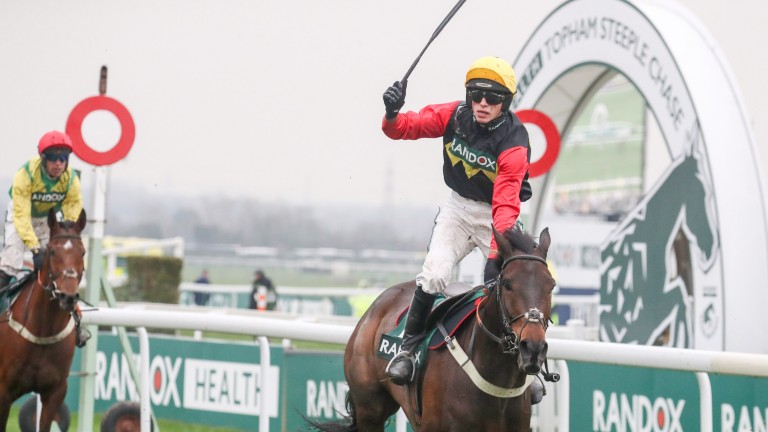 Multiple winners aren’t as rare as you might think in the Topham and Ultragold showed his love for the Grand National fences once again, as he was prominent from the word go and stayed on stoutly to deny stablemate Shanahan’s Turn and Theatre Territory.

Harry Cobden was positioned in second for much of the journey as Greybougg – who was eventually pulled up – enjoyed himself in front. The 14-1 shot Ultragold, who was 5lb higher in the handicap this year, was left in front a long way from home but picked up generously when asked to clear away by three and three quarter lengths.

2015 Galway Plate winner Shanahan’s Turn (14-1) picked up from the rear to take second for Robbie Power, giving Colin Tizzard a one-two. Theatre Territory was six lengths behind in third at 10-1 with Kilcrea Vale, who had a torrid trip, staying on eyecatchingly to finish fourth at 12-1.

The 9-1 favourite Polidam was settled on the inside and was impeded during the race, meaning he was unable to make any impression. 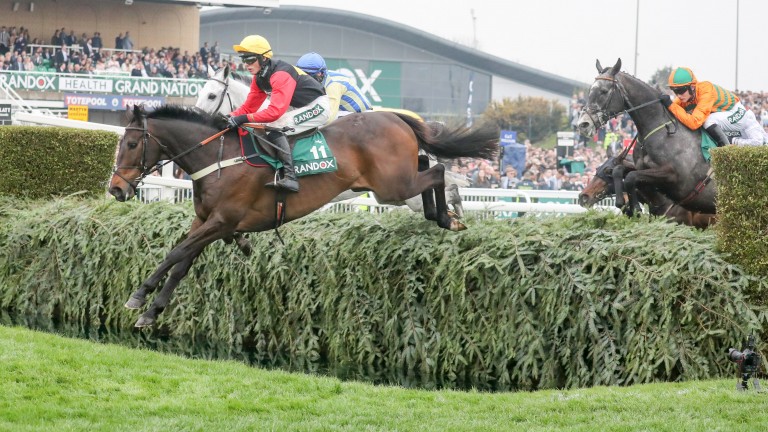 Ultragold: clears the water with ease under Harry Cobden

Always Waining won the race for three consecutive years from 2010 to 2012 and connections will be hoping Ultragold can emulate him in 2019. Culworth and Roughan also won the race twice in 1950s.

Cobden and Tizzard team up with Peter Marsh winner The Dutchman in Saturday’s Grand National.

How To Make an SP Forecast

Matt Chapman’s Good, Bad and Ugly from this week’s world of...