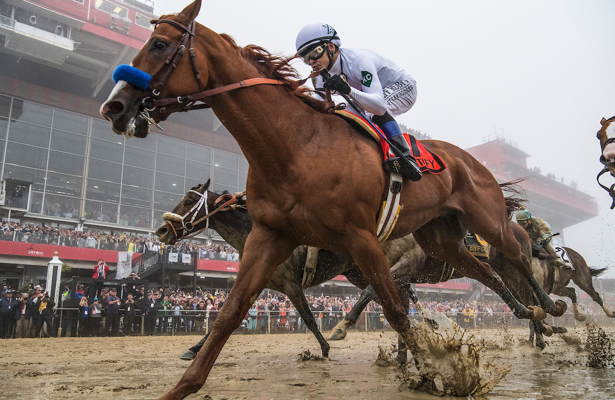 Online voting is now open for the ninth winner of the Secretariat Vox Populi Award. Created by Secretariat’s late owner, Penny Chenery, the Vox Populi (or “Voice of the People”) Award recognizes the racehorse whose popularity and racing excellence best resounded with the public and gained recognition for the sport during the past year.

Fans can vote in the online poll, which can be found at Secretariat.com, for one of five nominees selected by the Vox Populi Committee this year. Voters also have the option to write in a racehorse of their choice. The poll is open through Nov. 30, and a public presentation to the 2018 Vox Populi winner is planned for Jan. 12, 2019, at Santa Anita Park.

This year’s world-class nominees present voters with a stellar field and a distinct international flavor: Accelerate, the accomplished 5-year-old racing veteran whose nearly perfect 2018 season culminated with a commanding victory in the Nov. 3 Breeders’ Cup Classic; Enable, the 4-year-old European distaff sensation who has recorded wins on both sides of the Atlantic, including the 2018 Prix de l’Arc de Triomphe and the Breeders’ Cup Turf; Justify, the 2018 Triple Crown winner who retired with a perfect 6-for-6 record following a historic 3-year-old season; Monomoy Girl, the 3-year-old filly whose spectacular 2018 racing campaign included victories in the Kentucky Oaks and Breeders’ Cup Distaff; and Winx, the 7-year-old queen of racing Down Under and Australian Cox Plate winner whose continuing reign prevails along with her ongoing streak of 29 consecutive victories.

“We are thrilled to present such a fine field of nominees,” said Kate Chenery Tweedy, daughter of Penny Chenery. Their talent and competitive spirit have excited fans both here in the US and abroad. Mom loved a good matchup, and she would have been delighted with nominees who have turned in such remarkable performances and achieved such a broad range of successes at the highest levels of racing.”

Plumpton to inspect at 10am as all other British turf meetings...