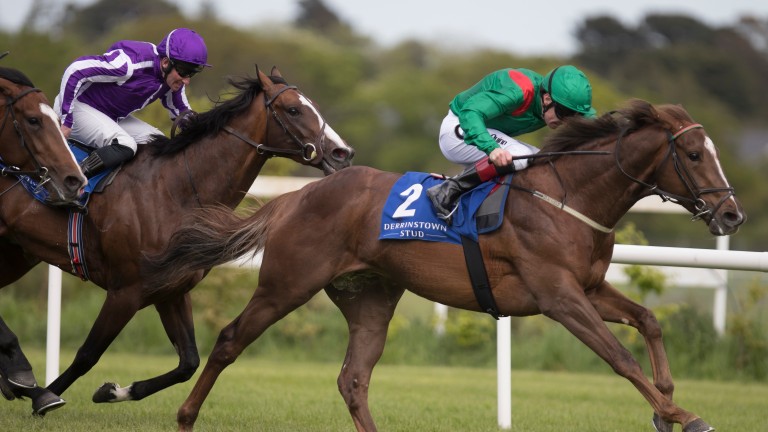 Just when we thought the Epsom Derby was shaping up into another Ballydoyle benefit, Dermot Weld popped his head above the parapet to win his ninth Derrinstown Derby Trial at Leopardstown with the Aga Khan-owned Hazapour, a colt with plenty of the right attributes for the Epsom battlefield.

Hazapour, a nephew of dual Derby hero Harzand, who was trained by Weld and likewise owned by the Aga Khan, is expected to take up his own Derby engagement, for which he was cut into a general 14-1 (from 50).

A winner of a backend Galway maiden last year, Hazapour went on to finish third in the Eyrefield Stakes at Leopardstown before making a winning seasonal return in Sunday’s feature race at the same track.

Confirming the Derby would be next for Hazapour, Weld said: “He’s a nephew of Harzand so there’s one logical place to go. He showed so much pace the other morning I toyed with running him in the Amethyst Stakes.

“He’s a horse with a lovely, low way of galloping and those horses tend to stay well. He settles well, he’s adaptable and there’s a whole lot of positives about him going a mile and a half at Epsom.”

Hazapour made his burst for the finish over a furlongout and, after accounting for The Pentagon, he was then always holding the late rattle of Delano Roosevelt, who grabbed the runner-up spot from his Aidan O’Brien-trained stablemate.

Sinndar [2000], Galileo [2001] and High Chaparral [2002] went on to win the Derby after their respective Derrinstown Stakes success but none has done it since. 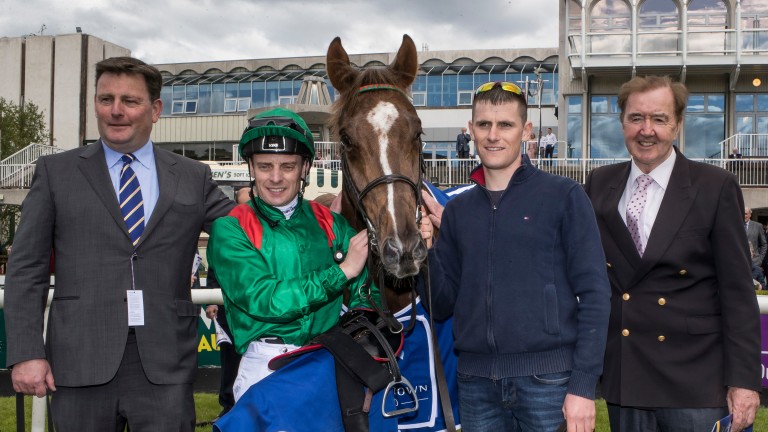 Hoping his colt can bridge the gap, Weld added: “This was a very good renewal of the Derrinstown and it is a race that has stood the test of time.

“So often over the years the Derrinstown has been a great guide to the Derby and future top-class races. I’m delighted for this horse.

“He’s a horse I really like. He won his maiden well at Galway from a good horse of Aidan’s [Hunting Horn] and he’s progressed and developed over the winter – he worked beautifully the other morning.”

Declan McDonogh, who was winning the race for the first time, said: “He travelled so smoothly – like a dream – and I’m sure he’ll come on for that again. He’s a really nice horse.”

In his words: Victor Espinoza on his injury, unknown future

Greatrex bullish over the chances of exciting prospect Emitom | Horse...