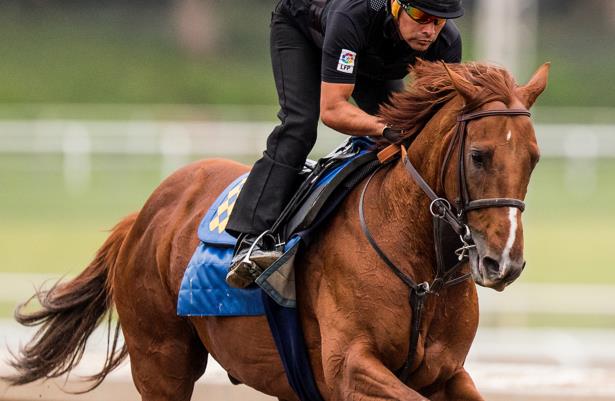 As of Thursday, as many as 20 horses have connections considering a run at the $6 million Breeders’ Cup Classic, with the race’s first full field of 14 since 2014 likely. So, how is priority determined, and which decisions could impact who gets in the gate Nov. 3 at Churchill Downs?

Per the Breeders’ Cup:

• Points earners are limited to horses who finish first, second or third in graded stakes races.• Horses based outside of the U.S. and Canada who haven’t won a Breeders’ Cup Challenge race are selected into the field by a panel at the pre-entry stage.• Pre-entries are due Monday and will be revealed Wednesday.

Now, as for the contenders:

• Accelerate, Pavel and Discreet Lover are locked in as Breeders’ Cup Challenge winners.• Behind them, 15 other potential runners have accumulated points. Bob Baffert-trained Collected has no points but is under consideration for the Classic.• Roaring Lion is the lone international contender at this point. He remains an unknown and will race Saturday at Ascot. It’s likely the panel would make room for the John Gosden trainee given his resume.

So, for the points:

The above list, provided this week by the Breeders’ Cup, did not include Toast of New York, but he does have points from a runner-up in the Lukas Classic (G3) in his previous start at Churchill Downs.

As for some individual story lines:

• Axelrod is not certain for the Classic, but he is a recent purchase for Phoenix Thoroughbreds and appears headed that way.• McKinzie, who defeated Axelrod in the Pennsylvania Derby (G1), also has the Clark Handicap (G1) as an option second off the layoff.• Lone Sailor is under consideration for the Dirt Mile, too, after his recent Oklahoma Derby (G3) win.• Mind Your Biscuits will pre-enter the Classic, but also either the Sprint or Dirt Mile. He won the Lukas Classic around two turns.• Collected, who looks well out of the Classic points picture, could also try the Dirt Mile or Santa Anita’s Oct. 28 Comma To The Top Stakes. He returned from a lengthy layoff to be fourth as the favorite in a listed Parx Racing stakes back on Sept. 22.

Beyond the Classic, it’s mainly the Breeders’ Cup races on grass (due to pending decisions by European contenders) that have fields in flux and potential surprises as also-eligibles. The latest Countdown to the Breeders’ Cup newsletter lists points for those fields.

U.S. Contingent On Its Way To Dubai World Cup Races –...

Horse racing tips and best bets for a quality weekend of...

Godolphin Sets the Standard for Marketing in Horse Racing