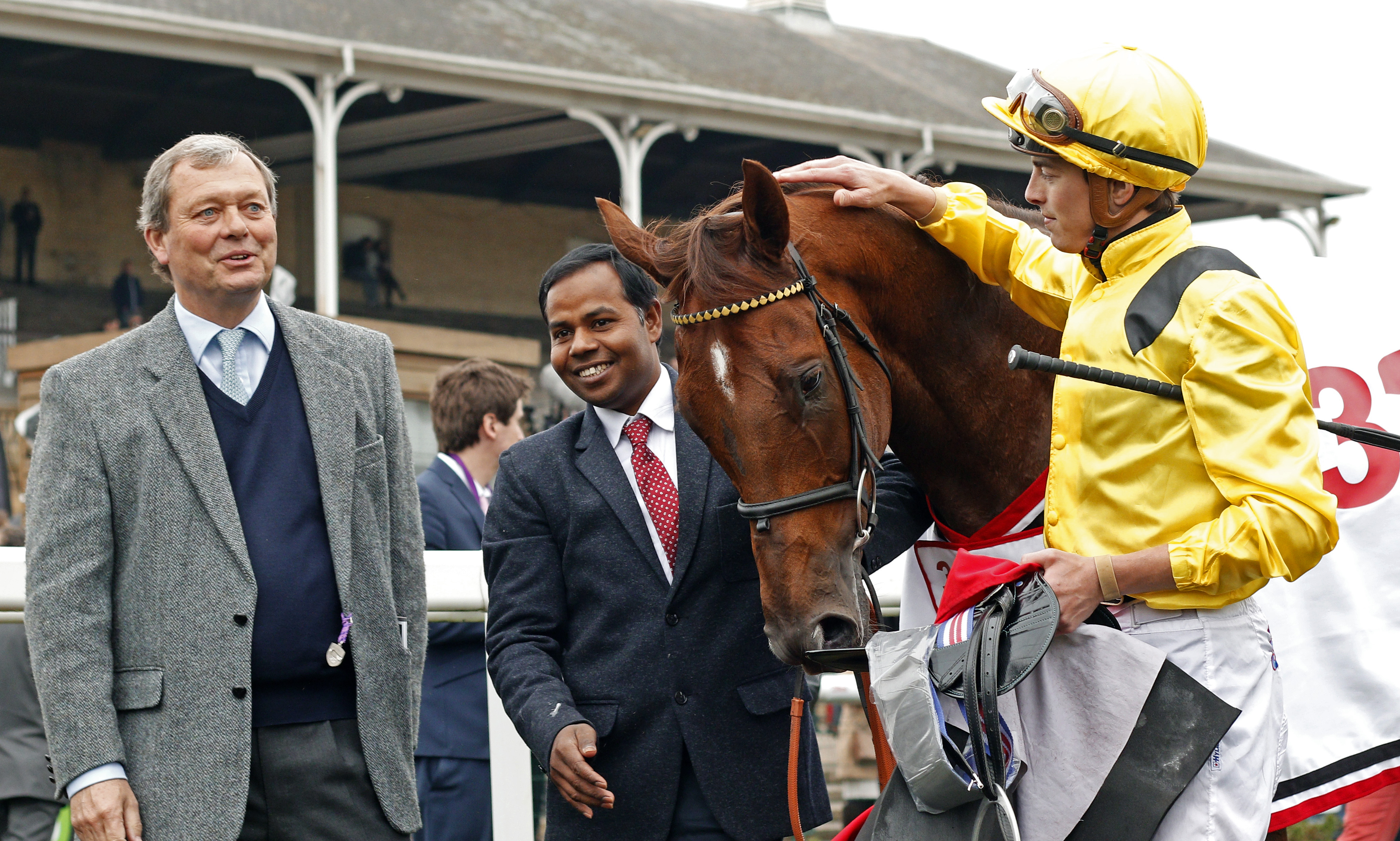 Addeybb gave trainer William Haggas a fourth success in the 32Red Lincoln Handicap with an impressive performance at Doncaster.

The Yorkshire-born, Newmarket-based handler took the mile feature for the first time way back in 1992 with High Low, but neither that horse nor his other two winners – Very Wise (2007) and Penitent (2010) – were as authoritative as Addeybb.

James Doyle oozed confidence throughout the race on the 5-1 chance, despite the stamina-sapping conditions.

Hayadh took the field along, but he struggled to keep his place when the tempo increased and Addeybb loomed large.

Dark Red looked like taking a big hand in the finish, but he could not live with Addeybb, who stormed away to win by two and three-quarter lengths.

Top-weight Lord Glitters was sent off the 9-2 favourite and stayed on well to claim second, with Mitchum Swagger third and Gabrial, the winner in 2015, fourth.

Haggas said: “Our runner in the Spring Mile (Original Choice) loves the soft and he was beaten three furlongs from home so we were a bit concerned it might be too soft for him, but he showed he’s ready for a step up in grade.

“The right horses were up in the front. The top-weight (Lord Glitters) is a good horse and Mitchum Swagger is a good horse, so I think the form will prove to be strong.

“In this ground anything can happen, but he’s Pivotal and we minded him as a young horse. He won the Silver Cambridgeshire well and I hope he’s going to have a good year. 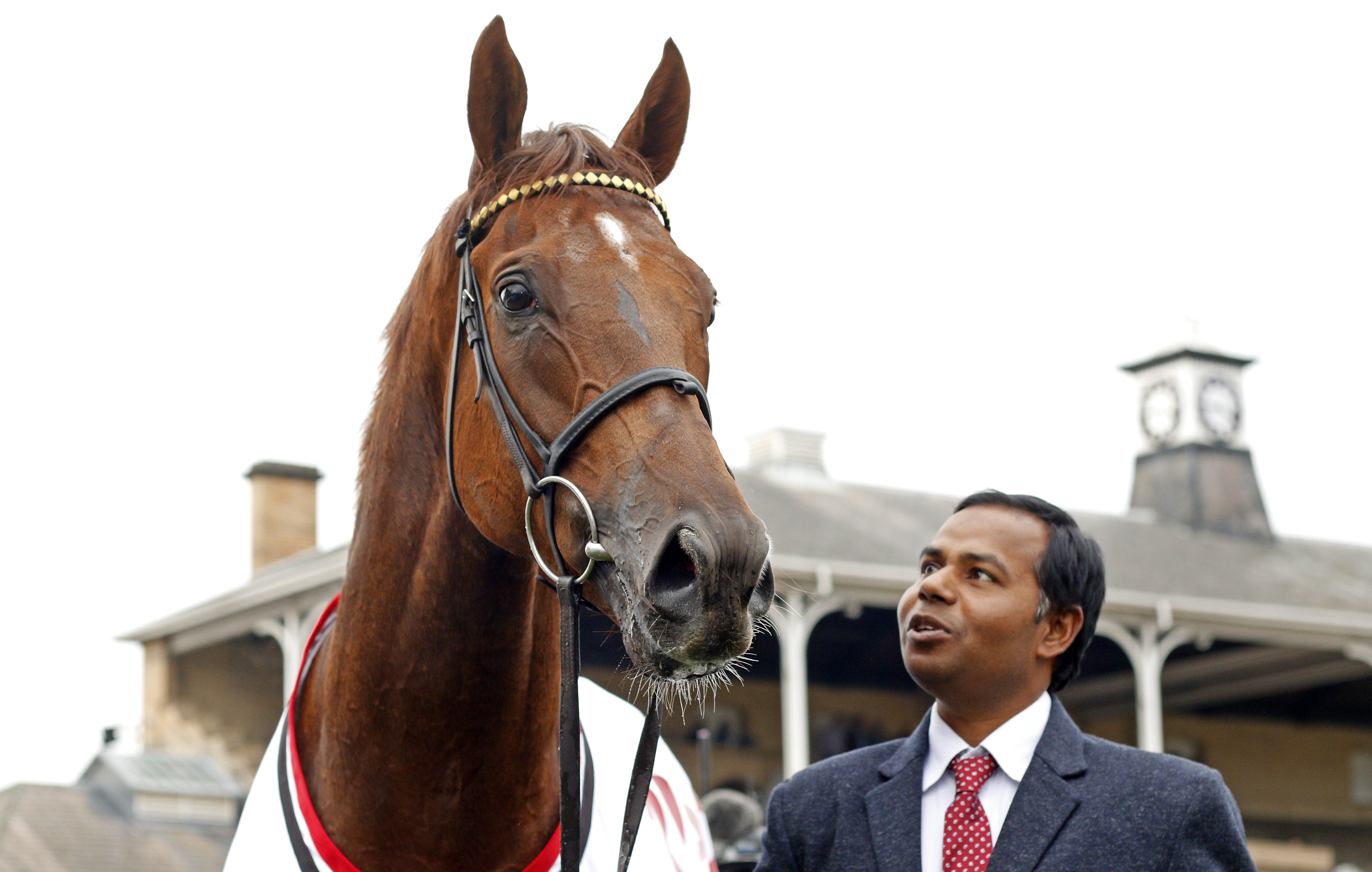 Addeybb and his proud groom after romping home at Doncaster (Racingfotos)

“We thought we’d go for the Sandown Mile next if something like this happened, so I see no reason to change it.

“It’s a month away and it’s good timing. I think the track will suit him, it should be slow ground and it’s time he got up in grade.”

Haggas has now the equalled Jack Robinson’s record of four Lincoln winners, which were achieved between 1896 and 1910.

“That’s great. We’ll try to get the record some time,” he said. “We always like to have a runner in the Lincoln and these days you need to be rated high 90s to get in. He was under 100 so he wouldn’t be too high, but high enough to get in.

Doyle, winning his first Lincoln, said: “I rode in the second race and it was pretty testing out there.

“This fella was lovely and relaxed. He was strong throughout. It was just a case of hoping Ed Dunlop’s horse (Dark Red) would keep going and give me a tow for a bit longer.

“When he gets there, he doesn’t do a whole lot, but he quickened up well and put the race to bed.

“I rode work on him up the Al Bahathri a few days ago and he put in a nice bit of work and gave me a great feel, so I knew he would go close.

“The ground was a bit of an unknown, but he had the right pedigree to do his stuff today. He’s such an unassuming horse. He goes through the motions, he’s not a flashy work horse at home.

“I wouldn’t like to say how far he could go, but he’s certainly a horse on the up.”

Grand National 2018 runners and riders: complete guide to the horses...