How do you sum up Tiger Roll’s heroics at Aintree, and is there no end to Gordon Elliott’s training talents?

Well, the gallant little Tiger Roll may only have won by a head, but the margin of victory doesn’t reflect the manner of his success. It was clear some way out that he was going to win and I can’t remember the last time I saw a horse ‘cantering’ coming into the closing stages of a Grand National.

Hindsight is a wonderful thing and Tiger Roll had all the ingredients to make up into a National winner, although there was plenty of chat beforehand about his size and whether he would respect the fences enough to get round.

The eight-year-old has had quite a career, he’s Flat-bred, was once owned by Sheikh Mohammed, has won at the highest level over hurdles, is now a six-time winner over fences which includes the idiosyncrasies of a Cross Country race and now the Grand National. He’s got the name of a tiger and the heart of a lion; what a joy he must be to have anything to do with.

Gordon Elliott is proving to be a star himself. What a career he has had so far, with two Grand National victories on his CV, becoming the first Irish jumps trainer to send out 200 winners in a season and being the first serious threat to Willie Mullins to be champion trainer.

Granted, he has incredible support from his owners, but that boy can train. 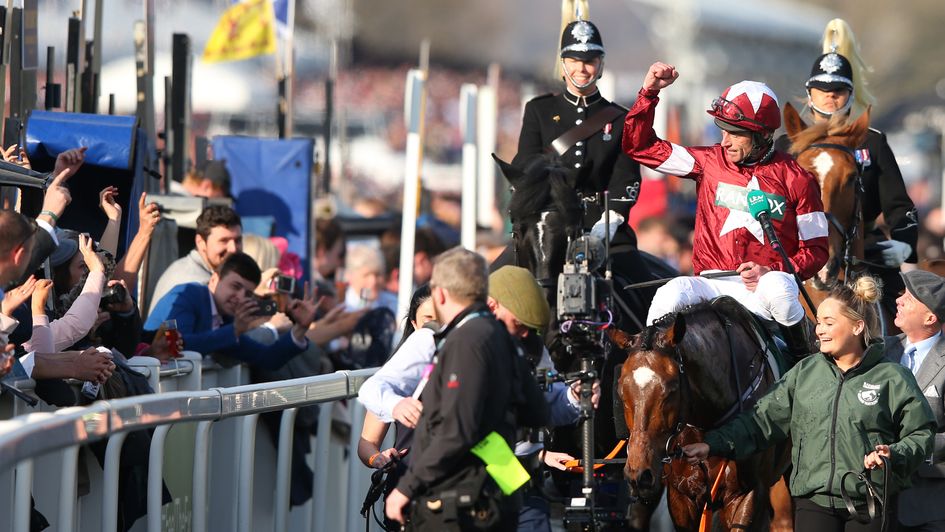 Punters and racegoers celebrate as Tiger Roll wins the National

What else were your personal highlights from the three-day meeting on Merseyside?

I was delighted to see Lalor win the Top Novices’ Hurdle for Kaylie Woollacott and her team. To send out a Grade One winner whilst enduring such terrible heartache is something most of us can’t comprehend.

I was also relieved to see Terrefort win the Mildmay Novices’ Chase having backed him to win the JLT when he finished runner-up to Shattered Love. His jockey Daryl Jacob is flying, he’s a lovely chap and I’m pleased to see him doing so well.

The first Classics of 2018 are fast approaching – what takes your eye in the ante post markets?

Well, it’s the awkward time of year when we have to switch hats and start studying the Flat form from last season and hope that the winter dreams come to fruition.

At least it has finally started to feel like spring. I’ll admit I always find the transition a little painful as I’m an ardent National Hunt racing fan, but in a week or so I’ll be chomping at the bit and the heart will be fluttering for the Classics.

The Craven meeting cranks things up a notch this week and Newbury on Saturday will most likely be informative. The Greenham is a trial I like and I hope that Expert Eye makes his seasonal reappearance in the seven furlong Group Three.

Everything was going well last season for the Sir Michael Stoute-trained colt until the Dewhurst, when he flopped, finishing last of the nine runners. Plenty went wrong there, he was buzzy and keen and came back lame.

I expect things will be very different for him with a winter under his belt and hope he can show us what he’s capable of. He’s currently 8/1 with Sky Bet for the 2000 Guineas.

As for the fillies’ Classic, Aidan O’Brien-trained horses dominate the betting and I’m disappointed to read that one of his, Clemmie, has met a slight setback and might not make it to the 1000 Guineas.

This full-sister to Churchill ended her juvenile campaign on a high, winning the Cheveley Park Stakes over six furlongs, but she should come into her own when stepped up to a mile.

However, we don’t know when that will happen as she’s only walking at the moment thanks to a stone bruise. She is one to watch when she does make it to the track and it’s worth bearing in mind she could yet make it to Newmarket on May 6. 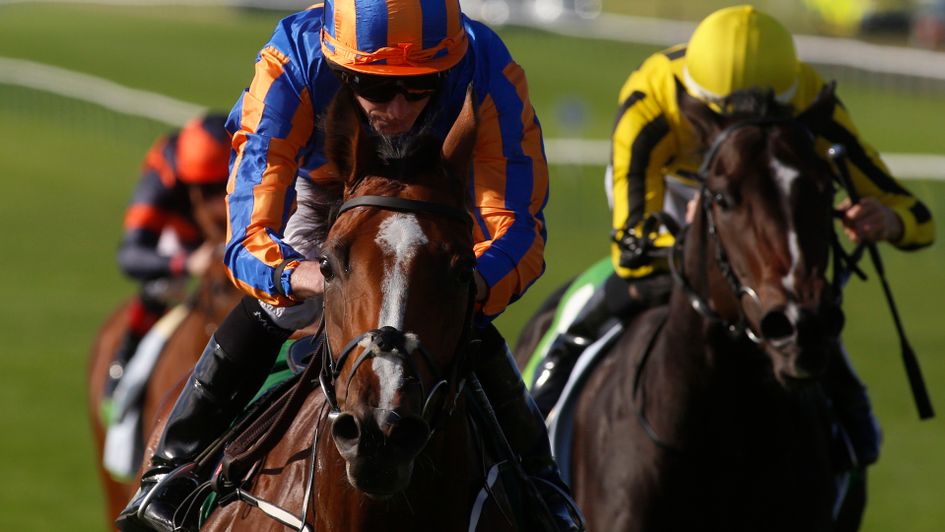 Clemmie is one to watch when she returns

Time was called on Cue Card’s career earlier in the week. How does he rank in relation to other recent jumping greats?

Cue Card has been a legend for his team and it was great to see him bow out when he was still loving life. I’m sure we’ll see and hear plenty of him in his honourable retirement.

He’s an interesting horse, because I think it took most racing fans a while to warm to him. Bearing in mind he won the Cheltenham Champion Bumper on just his second outing, but when he went chasing he began life falling into the in-between category.

He wasn’t a top-class two-miler or an out-and-out three-mile-plus type. So, not ‘glamorous’ like a Champion Chaser or Gold Cup horse, albeit very talented.

Closer inspection of his form shows that was perhaps unfair, he ran some outstanding races and to retain his ability and enthusiasm up to the age of 12 is quite remarkable. Huge credit to Colin Tizzard and his staff for managing him so well.

Cue Card epitomises everything we love about jump racing. He was around for a long time so we got to know his character, he appeared to be a generous, kind horse and he had guts and longevity.

There were brilliant highs and dreadful lows, and he’ll be missed. 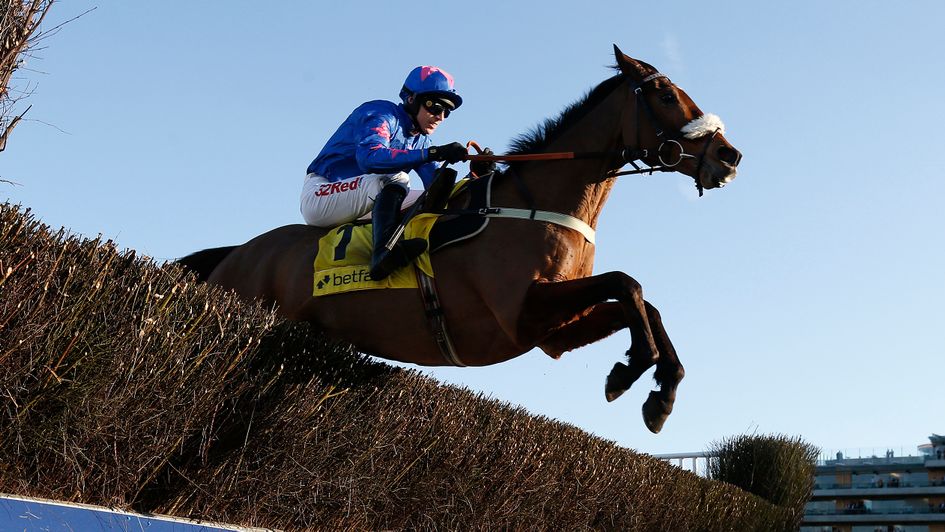 Cue Card’s longevity should be applauded

What should be on our shortlist for this weekend’s Coral Scottish Grand National at Ayr?

There are a few horses in this that missed the Grand National for one reason or another and that could be a blessing.

The Paul Nicholls-trained Vicente didn’t run at Aintree as the ground was too testing for him and Sue Smith’s Vintage Clouds was one of the reserves, but missed the cut despite the non-runners.

Vicente’s form speaks for itself as he comes here having won this race for the past two years. The late arrival of spring has sprung at just the right time for this horse who comes into his own on better ground. He has only run three times since winning this last year and has a favourite’s chance.

Vintage Clouds shouldn’t mind the ground either as he has form on a variety of goings. He needs to step up on his performance in this last year (he was seventh), but he has improved this season and he is most likely just reaching his peak at the age of eight.

I’m a fan of Daklondike, but I’m concerned that the ground is drying out too much for David Pipe’s charge, you can’t win ‘em all.

Now given the drying conditions, I’ll definitely be backing Gold Present if Nicky Henderson’s horse lines up. I say that, because I’ve tipped him twice now and he didn’t run on either occasion, most recently in the Grand National.

The writing was on the wall for Aintree though as the rain continued to fall, but now the sun is shining, this could be his time. He’s a horse Henderson likes a lot and I feel the same. He’s a proper chaser and jumps well and at 14/1 with Sky Bet I’ll be on each-way. 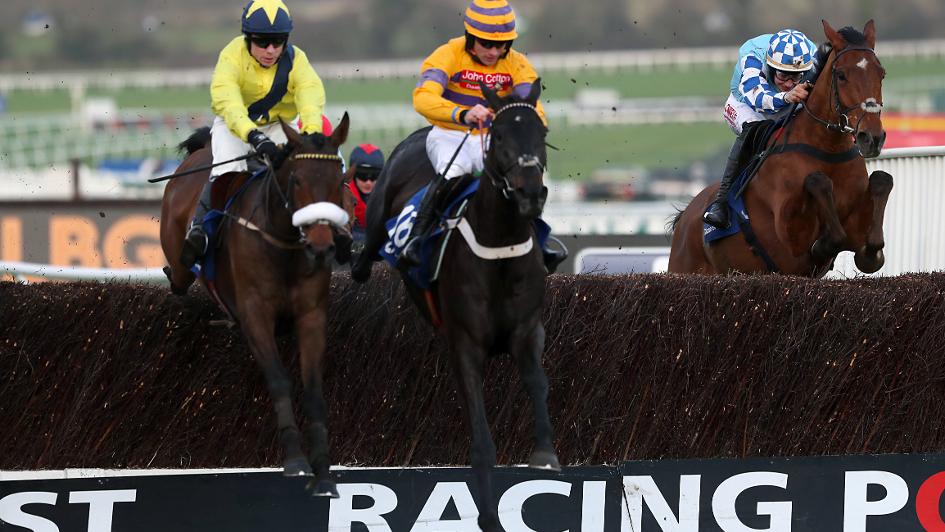 Gold Present (centre) is backed to win at Ayr

editor - April 7, 2018
0
SMART CALL looks the one to beat as she bids to return to winning ways in the Snowdrop Fillies' Stakes at Kempton on Saturday. A...

Roger Charlton’s Withhold set to head straight to Australia for his...

Horse Racing Bets of the Day